Entertainment   Bollywood  02 Aug 2017  I opened up when I felt like it: Akshay Kumar
Entertainment, Bollywood

I opened up when I felt like it: Akshay Kumar

Akshay recently opened up about having been touched inappropriately as a child. 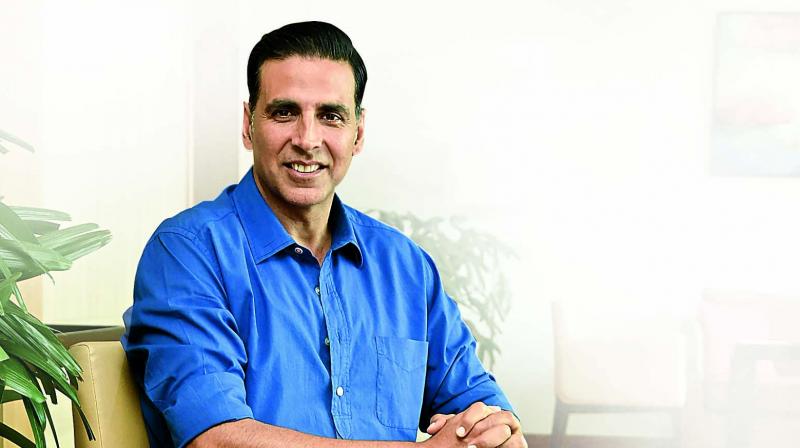 Toilet: Ek Prem Katha has a rather interesting outline that dissuades people from defecating in the open. The makers seem to have handled the message rather tenderly, and have ensured they explain the importance of constructing a toilet inside their homes.

And this is something that will benefit women most, believes Akshay Kumar, the star of the movie. “Especially women, who need to be respected the most, have to lift their sarees to defecate in the open. And we have shown this message, which is a stigma in our country, through entertainment. This is a rural as well as an urban problem. We stand in the number one position as compared to all other countries, when it comes to defecating in the open. This is a shame for us,” he says.

Talking further about the movie, he explains, “It’s a good thing that women have become strong. In the film, the leading lady asks for a divorce, as there’s no toilet in the house. I feel whenever a bridegroom and his family go to ask for a girl’s hand, she should allow them to discuss further only after they’ve answered the question — do you have a toilet at home? Unless there’s a toilet inside a house, no woman should proceed further.”

Adding further, he says, “Women have become strong. They are great even on the cricket field! I’m just telling them now there should be a mixed cricket team of six women and six men. Virat Kohli should be a part of it, and Mithali Raj should participate too.”

Akshay recently opened up about having been touched inappropriately as a child.

But the actor was in no mood to discuss it any further with journalists. “Aapne poora nahi dekha? (Did you not see the full video where I spoke about it?) Did you just watch the beginning? Why don’t you see the whole thing?” he asked, irritated.

On being quizzed about why he opened up about the incident so late in life, Akshay snaps, “Mera mann kiya ab kholun, so maine abhi khul kar bol diya. (My heart felt like opening up now, so I disclosed it now).”