One now hears director Meghna Gulzar who is making the Manekshaw biopic was not consulted over the picture that Vicky posted. 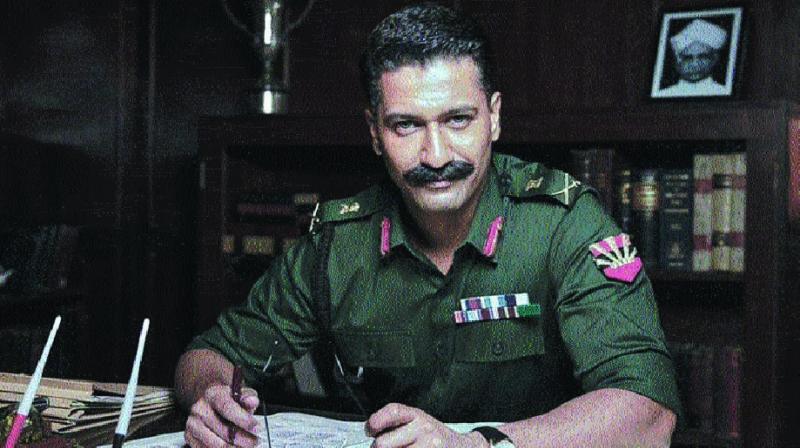 On the occasion of the late Late Field Marshal Sam Manekshaw death anniversary on June 27, Vicky Kaushal took to social media to announce he was playing the great man. He accompanied the announcement with a picture of his Manekshaw look in uniform.

As luck would have it, the uniform that Kausal wore got the rank details completely wrong. And Vicky Kaushal was trolled for his irresponsible behaviour.

One now hears director Meghna Gulzar who is making the Manekshaw biopic was not consulted over the picture that Vicky posted.

However, the film industry’s spokesperson Ashoke Pandit gives Meghna a clean chit. “She is an extremely responsible and accomplished filmmaker. Her films Talwaar and Raazi prove her to be much more than a frivolous entertainer. If she has taken on the task of putting Late Field Marshal Sam Manekshaw’s story on the screen she would make sure she has all the research in place and she would most definitely consult the army experts on the uniform, etc.”

Having said this, Pandit feels actors need to exercise caution when playing real-life characters. “Especially when you’re playing someone of the stature of Field Marshall Manekshaw or Mother Teresa. You can’t afford to go wrong on any detail. I am sure Vicky was only trying to tell the world he’s playing Manekshaw. But even an announcement of this import must be made with befitting solemnity and accuracy. Copying the mustache and the posture from an old picture is not enough,” he adds.