Entertainment   Bollywood  02 Jul 2019  Chakir Hussain carved his niche in Bollywood and TV industry with his talent and skills
Entertainment, Bollywood

Chakir Hussain has come a long way from being one of the fantastic sound engineers to the founder of the Record label. 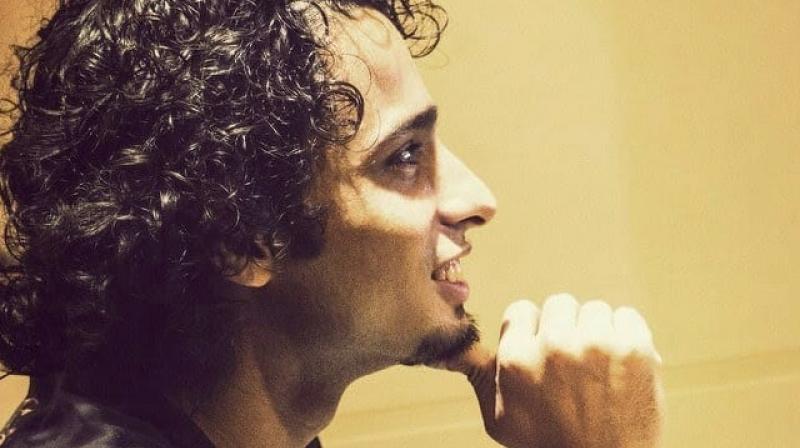 Chakir Hussain is one of the most talented sound-engineers in Bollywood. Chakir hails from Assam and with his understanding of music and the technicality to it, he created a space for himself in Bollywood. He started his career as a sound engineer in 2007 and since then, there is been no looking back for him. H

Chakir's work is not only limited to TV and films. Even on digital platforms, he used his skills to make music even more appealing on series like Apaharan on Alt Balaji, Hutatma, Ghost Stories and Kaafir on Zee5 and Modi on Eros Now. He worked with some notable singers and musicians like Amaal Malik, Jeet Ganguli, Arijit Singh, Darshan Raval, Meet Bros, Sonu Nigam, Sukhwinder singh, Falguni Pathak, Udit Narayan and many others. In 2018, he won Music Mirchi Award for Best Song Engineer for the single, Darmiyan.

Chakir Hussain has come a long way from being one of the fantastic sound engineers to the founder of the Record label, Griebs Music, and COO of Griebs Media Chakir's production house had produced some interesting feature films like Biplob and Hunch is in release and already getting appreciation from respected film festivals. The production house is also the CO-Producer for the show Sufiyana Pyaar Mera on Star Bharat.

About his journey, Chakir said, "I loved music since I was a kid. So since my childhood, I used to play the keyboard, piano and other musical instruments with a band here. Then I developed interest in sound so I learned about it. I was in 10th when after my school, I used to learn sound.  We had a local sound vendor call lachit dada, with him I used to do small shows and continued to learn about sound too. In 2007, I first time worked as an assistant in the sound department. I learned about Live sound, and later started learning studio recording work from Dhruvajyoti pathak who is a respected sound engineer in my hometown. I was also studying and learning to play keyboard. I kept working on sound for a few years more and in 2013, I came to Mumbai. I used to work as a recordist, used to play music and even worked in sound department, so I always thought in Mumbai I will get a bigger platform as I always thought I can do something big. I interacted with a lot of people from Mumbai on Facebook, some sound engineers and spoke to them if there's any opportunity, let me know. One of the engineers told me they have a vacancy, but I'll have to give an interview. I got to know this at night so I immediately booked a ticket via tathkal and I had only 800-900 rs in my pocket. I somehow wanted to crack the interview. I had decided if I don't get the interview, I'll go back and till then, I'll live at the railway station or somewhere. I was working in Assam already as a recordist. Here I was very junior, so the person who called me for the interview, Sunny Chaudhary asked me where will I stay. They helped me lot, some days I stayed in the studio or at his place. Slowly, I learned everything about Sound engineering. With all this experience, I am where I have reached today and worked on all the films and shows. The time between this was quite tough and required a lot of hard work. In 2018, I was awarded as the Best Sound Engineer. After that as usual I thought 'what's next after this?'. I worked as assistant recordist when I came to Mumbai and now I am Chief Engineer, so the journey always made me think of what is next."

He added, "I have always been interested in digital world. I still remember, 8 years ago I had uploaded a video on YouTube where I was performing with my band. So I always wanted to do something digitally and start something of my own. Then I spoke to a lot of people for the same and  I realised it isn't an easy journey for independent musicians here . When I uploaded my first video, I thought I'll keep doing it. However, between the journey of coming to Mumbai from Guwahati and working as an assistant recordist, all that was left aside. So when I won the Best Sound Engineer award, I decided now is the time and I started Griebs Music which is a good platform for independent musicians and artists. So the journey overall has been tough and full of experiences."