Entertainment   Bollywood  02 Jul 2018  Nick Jonas will be back in India for and with ladylove Priyanka Chopra soon
Entertainment, Bollywood

Priyanka Chopra is all set to shoot for Salman Khan starrer 'Bharat' soon, with Disha Patani and others. 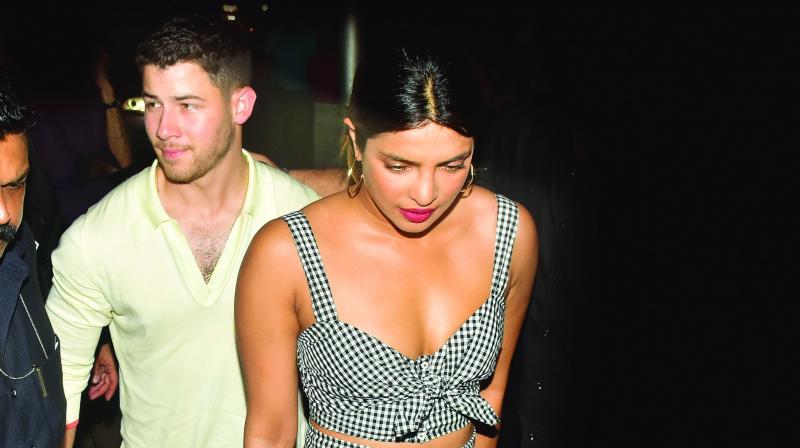 Nick Jonas and Priyanka Chopra’s Indian visit might have lasted for barely a week, but it has taken the town by storm, and how could it not?

After all our Desi girl Priyanka could manage to get Nick in India, without the purpose of him singing for a concert, but she might have managed to take her relationship with him many steps forward by getting him to meet her family.

The latest reports suggest that Nick will visit India once again, and of course the reason is his ladylove Priyanka Chopra only, who will soon start shooting for ‘Bharat’ with Salman Khan, Disha Patani and others.

“Priyanka will fly down here again in the second week of July to start the shoot for ‘Bharat’. Nick is trying to wrap up his other work commitments as early as possible to be with his ladylove. PC is expected to shoot till mid-September, so, in between, the ‘Anywhere’ singer is expected to pay her a visit,” a source told DNA.