Is John the new Mr. Bharat?

After a film on India’s nuclear tests, the Garam Masala actor has more to offer in the same genre. 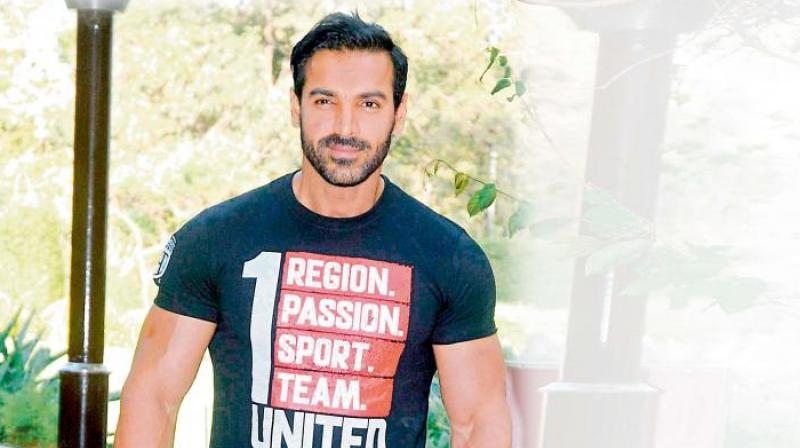 After Parmanu: The Story of Pokhran, John Abraham is on a different spree of filmmaking. The macho actor, moving away from glamorous roles, is working on the patriotic genre, and might soon be tagged as the new Mr.Bharat of the industry.

Following the success of Parmanu, which is based on India’s nuclear tests, John’s next film Satyamev Jayate is a vigilante action-thriller about a man (played by John) who takes it upon himself to eliminate the people responsible for communal disharmony in the society. And the actor doesn’t stop here, he has more to offer.

“This will be followed by RAW and I am also doing one on Batla House,” confirms John. While RAW is the story of a Raw Agent Romeo Akbar Walter, Batla House is the story of cops who took on the Indian Mujahideen and resulted in the death of PI Mohan Chand Sharma who led the charge.

Interestingly, barring Rocky Handsome and Welcome Back, all of John’s other roles, in Force 2, Madras Café and Dishoom have a heavy portion of deshbhakti.

“In fact, after Manoj Kumar, who was called Mr Bharat for playing a character called Bharat and doing patriotic films, it was initially Aamir Khan and Sunny Deol who after Gadar and Lagaan, respectively,  did a series of such films. While Aamir did Sarfarosh, Lagaan, Mangal Pandey and Rang De Basanti, Sunny followed with Gadar: Ek Prem Katha, Maa Tujhe Salaam, 23rd March 1931: Shaheed and The Hero,” says a source.