Best a woman can get, Gauri on SRK, Aryan, AbRam; sunkissed Suhana is sight to behold

The star family is holidaying in Barcelona, Spain and the pictures shared on Instagram are too lovely. 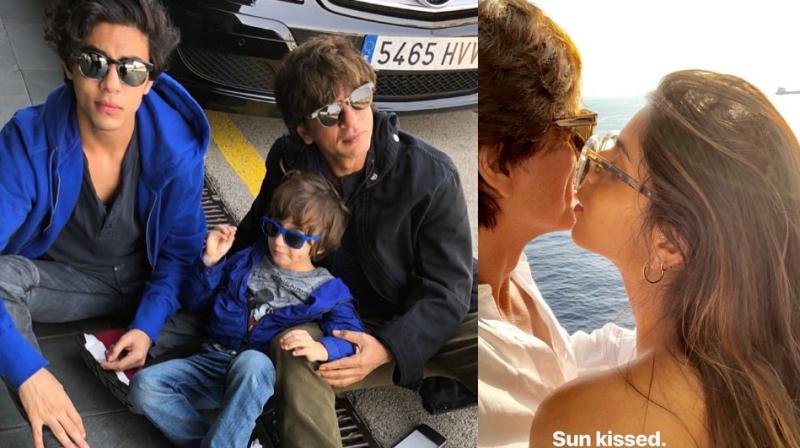 Pictures shared by Shah Rukh and Gauri Khan on Instagram.

Mumbai: That the Khan-daan is a close-knit family is a known fact.

But it’s slightly rare nowadays for the five members to be at the same place, considering Shah Rukh Khan’s two kids Aryan and Suhana are studying abroad.

Like we saw at the recent engagement of Akash Ambani and Shloka Mehta, Suhana and AbRam were missing while Shah Rukh, Gauri and Aryan arrived in style.

However, it seems that the family finally went for a holiday together, and the pictures are a sight to behold.

Though we don’t see Gauri in them, the star wife and entrepreneur shared her feeling of the ‘best a woman can get’ by posting adorable pictures of ‘soaking the sun’ with the boys in Barcelona, Spain.

Best a woman can get... soaking the sun with my boys in Barcelona

What we loved the most was how the younger two are twinning in similar jackets, and posing with swagger with sunglasses on alongside their stylish dad.

Later, Suhana showed she is no less stylish, in his ‘sunkissed’ picture of the father-daughter duo on what seems like a boat, shared by SRK on Instagram stories. 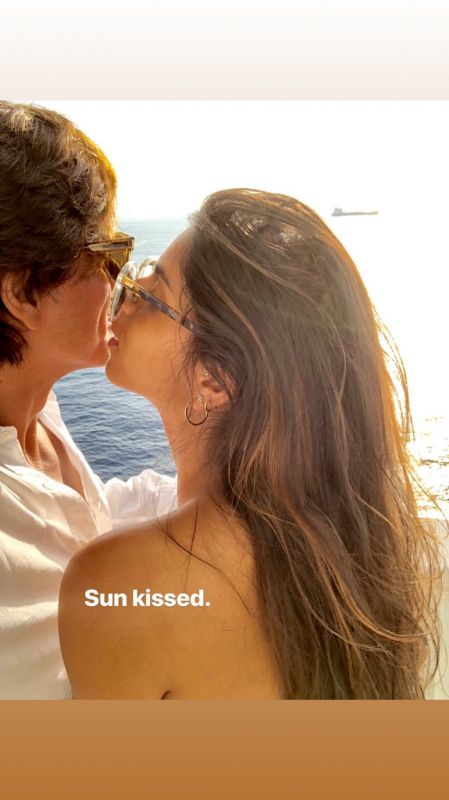 Some much-needed family time, we must say.

SRK had recently opened up beautifully in a video celebrating his 26 years in Bollywood, compiled by Gauri, by sharing not just about his films, but also about his three kids.

Some of the throwback moments in the video proved once again that SRK is a doting dad before anything else.