The actress says that she and her co-stars have tried their best to do as much justice to those songs. 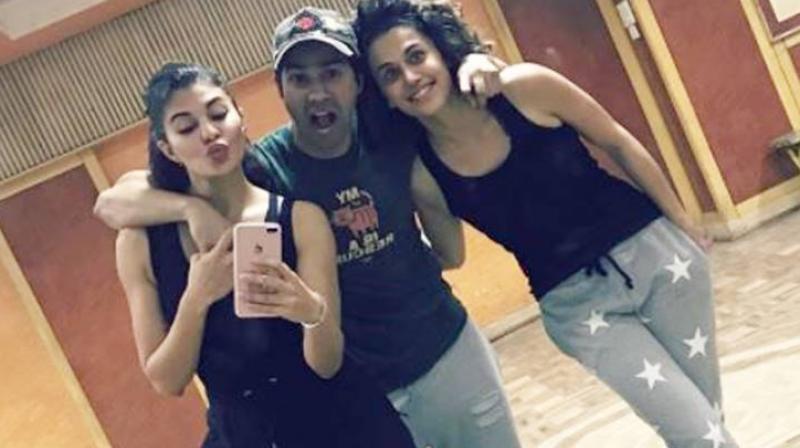 New Delhi: Jacqueline Fernandez is giving it her all for the dance numbers in 'Judwaa 2' as the flick recreates two iconic songs from the original version.

To get her moves right, the 'Dishoom' star has rehearsed for nearly 70 hours and is confident the hard work will pay off.

"We've had so much fun shooting and we've all tried our best to do as much justice to those songs, we've treated them like newborn babies. We had to be extra attentive too! The hard work will definitely pay off," she said.

Adding, "I'm excited and nervous to work with Ganesh (Acharya) master again after 'Taang Uthake' in 'Housefull 3'. He choreographed the songs back in the days and he is calling the shots for us as well."

'Judwaa 2' is a remake of the 1997 blockbuster film 'Judwaa' that had Karisma Kapoor, Salman Khan and Rambha.

The cast of the upcoming film, Jacqueline, Varun Dhawan and Tapsee Pannu are recreating the evergreen songs 'Tan Tana Tan' and 'Oonchi Hai Building'.
Produced by Sajid Nadiadwala, directed by David Dhawan, ' Judwaa 2' is set to release on September 29.