Will register all Articles under my banner: Anubhav Sinha

The director is so enthusiastic about the film’s subject that he feels like registering all the Articles of the Constitution under his banner. 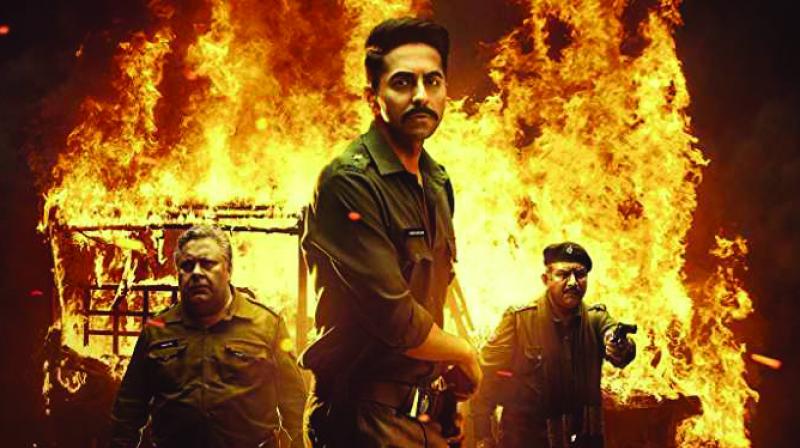 Sinha said about the film, “Article 15 has a tag line which says ‘Lets be Indians firstly lastly’. I felt it and so I have made a film on it. This question has been troubling me a lot, and so I have put the entire thing on celluloid.”

When it comes to casting, Khurrana cast himself, Sinha said. “One fine day, we were just discussing this subject, and he liked the story. I had not even narrated the entire story to him. He said ‘yeh film mai hi karunga. Aap kisi aur ke sath nahi karoge’.”

Speaking about actually making the film, Sinha says that shooting began at five in the morning. “There was another shot at 4 pm, after which we took some rest. We enjoyed playing some indoor games and cricket too. The entire film has been shot at dusk and wee hours of the mornings. We shot almost for 17 days in the same pattern.”

On conceptualizing a film about caste and creed-based discrimination, he said, “It appealed to me, because it must have been inside me. Actually, even at home, we have separate utensils for our house help. This is a sort of cast and creed discrimination that we knowingly or unknowingly follow. We, who are trying to spread this knowledge of not follow cast creed discrimination, are doing it on daily basis. However, this generation is much above this, even  though at times, we do not understand the fact that we follow and practice discrimination ourselves.”

He adds, “You and I may feel like we do not promote discrimination, but we still do it because it’s in our DNA. Now, for example, when someone says his name is Salgaokar, we immediately categories him as ‘Marathi Manus’. I recently received a call and a voice from other side said ‘Sir, I am also Kayastha’. I was like ‘Oh! Being the same caste is also a qualification?”

As for the title of the film, Sinha says that Article 15 was most apt. “Some people who did not like the title kept asking me if I would change it. I would say yes, but in my heart I was very sure that I won’t change the title. Now those people are saying that the title is very intriguing and sounds different,” he concludes.