An Actor shouldn’t have an image: Radhika Apte

Radhika Apte finds that the shelf life of an actress is very short in India, but in the West, the age factor is thrown out the window. 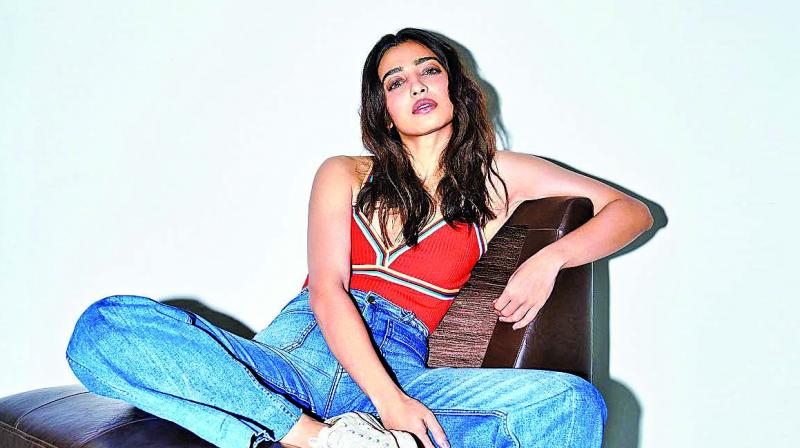 Radhika Apte, who hails from Pune with absolutely no industry connections, has done exceptionally well. Not just in Bollywood, but in the South and Hollywood as well. But despite having some great moments in her career, the 33-year-old notes that Bollywood has still not got past the age factor, unlike the West.

She finds that the shelf life of an actress is very short in India, but in the West, the age  factor  is thrown out the window. “I am 33 years old and every time I audition abroad, they feel I am 20-something and I can easily play a role where I am 23 or 25 years old,” she says. “Here, they would not even cast me as a 30-year-old sometimes. It is so funny, people here say ‘It is because we know your age’. Age has not completely gone out the window, but I think things are changing,” says the Sacred Games actress.

Radhika, who has dabbled in a variety of films, including Hunterrr, Phobia, Badlapur and Parched among others, believes an actor should not have an image. “I have done a lot of parts, so why should I be compared to one image? An actor should not have an image, and that’s the definition of an actor. It is an individual choice. I don’t like to have an image; I don’t like to get restricted. Some people like to have that, so it is a personal choice for me. I am not here to sit and criticise anybody though,” she says.

In an industry where there are set rules to becoming the quintessential Bollywood heroine, Apte has chosen to be who she is without following any  norms. Recalling the time she was asked to get a nose job or lip job, the actress says, “People want you to look like a typical actress. I just did not meet them again because I wasn’t interested. I, personally, feel it is your choices that shape you as a person, and it was my choice to say no to them.”

And while she is applauded for her varied choice of films, she feels that the changes in the industry are not revolutionary. “There are so many interesting films coming out, but I also feel like all these changes are quite obvious. I don’t see these changes as revolutionary. Every decade, there has been a change, we all get bored so change is obvious,” she notes, adding that she has not done anything different either.

“I have not done anything which is completely path-breaking. We just do a little bit and people say you have done something very different, but it is not true. Look at what people are doing else where,” she says.

The actress likes to bend the rules, and has understood that cinema is a business. She knows how to tackle it with compassion. She says, “My understanding of the industry has completely changed now. You come with a different notion and then you realise that it is basically a business. Business comes first everywhere and you cannot completely ignore that.  But at the same time, how you experiment is a constant challenge.”

She further adds, “People can sit here and pass judgment, but it is their money at the end of the day, so they can sit and criticize.”

Apte seems to have a fair judgment on the business, so will we get to see her becoming a producer someday? “I haven’t earned enough to finance a film,” she responds. “I definitely can produce a film, but I won’t be able to finance all by myself. It depends on the budget as well. The moment you are putting your own money, you want a return on it.”

Talking about her career, she feels that Phobia has been the most challenging film for her yet. “Very rarely, as a woman, do you get an opportunity to actually have a film on your shoulders. And, especially, as someone who doesn’t have box office numbers out there, it gets difficult. Which is why Phobia is my most memorable and challenging film, which was completely on my shoulders.”

However, she feels few actresses like Shefali Shah and Tabu have been lucky. “I was so happy to see Shefali in Delhi Crime because she is one of the finest actresses in our county; it was a powerful role.”

“Look at Tabu,” she adds. “She has been working for such a long time, but she is getting some fantastic roles. Some of the people are coming back and doing work, so we have to see if it applies for all of the women or just a few,” she concludes.