To call Rajamouli sir a genius is an understatement: Prabhas

He can't stop praising Rajamouli saying he is fascinated by his ability to transform his vision into reality. 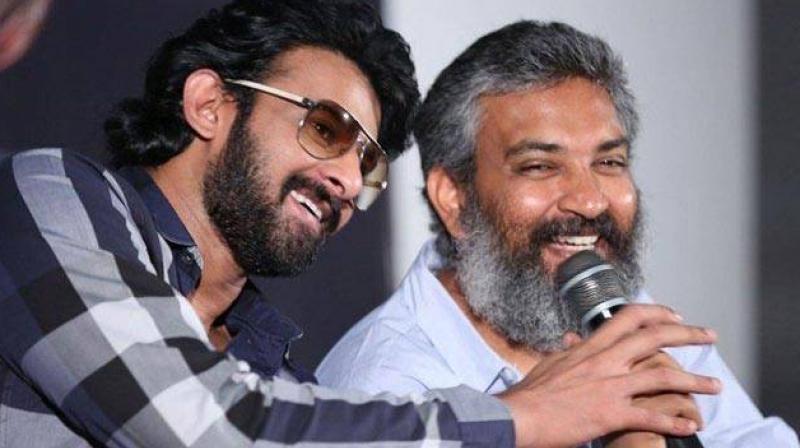 Prabhas and S S Rajamouli have worked in several films.

New Delhi: Coming out of a larger-than-life role like 'Baahubali' and its stupendous success is difficult, says Prabhas who admits to withdrawal symptoms and being more Baahubali than himself in the last five years.

Already a huge star in Telugu cinema, Prabhas is basking in the pan-India glory of his blockbuster hit. He did not sign any other film while shooting for 'Baahubali'. The gamble paid off -- and how.

"It is always difficult to move on from something that you have been associated with for this long. In these five years, 'Baahubali' has not been a part of my life, it has been my life. I have been more of Baahubali than my own self in these years," Prabhas told PTI in an interview.

"So, withdrawal symptoms are natural but what's overpowering right now is all the love that people across the nation are showering on me," said the 37-year-old.

The movie, whose second part released on April 28, continues its run in theatres with collections of Rs 1,600 plus crore. The Hindi version alone earned Rs 500 crore. Its impending China release is expected to help it cross the Rs 2,000 crore figure at the box office.

Prabhas, who has become something of a rage with his portrayal of the heroic character and his son in the royal drama, says he always knew that doing this film would be "a once in a lifetime opportunity".

Buzz has already begun of a Bollywood debut with Rajamouli and Karan Johar, who distributed the Hindi version of the film. But Prabhas isn't giving anything away.

"There is no immediate plan but it will be quite interesting. Working with Rajamouli and Karan is home ground for me now having worked with them for such a long time. But I think 'Baahubali' has paved the way for pan Indian films."

The actor can't stop praising Rajamouli and says he is fascinated by the director's ability to transform his vision into reality.

"How much ever I talk about Rajamouli sir will be less. To call him a genius is an understatement. He doesn't only have a powerful vision but also knows of ways and means to make that come to life."

Though 'Baahubali' continues to make waves, Prabhas has already moved on to his next project -- 'Saaho', which he says will be released simultaneously in Hindi, Telugu and Tamil.

"My character in 'Saaho' is completely contrasting to my character in 'Baahubali' and I am quite excited about it. It is too early to reveal anything about the film yet but all I can say that we have the best teams working, we have a massive vision for it and it's conceptually very strong."