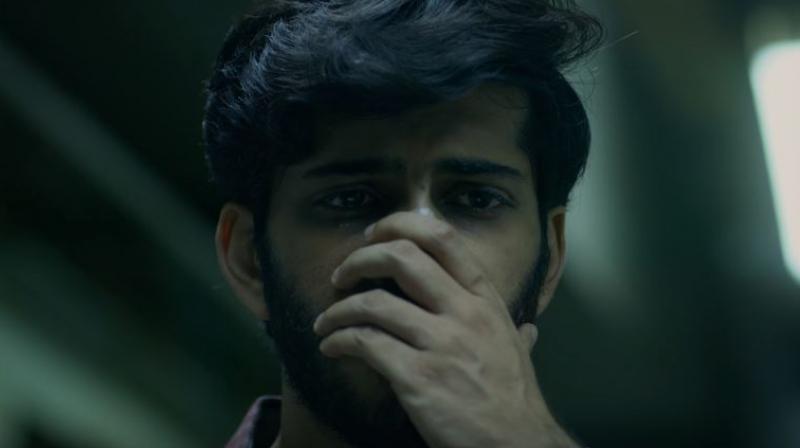 ‘Bhavesh Joshi Superhero’ teaser featuring Harshvardhan Kapoor released some time back, and the teaser has made some noise for quite a while now.

The superhero film was in news for quite some time because of casting Imran Khan, then Sidharth Malhotra, and eventually a film-year-old Harshvardhan.

‘Trapped’ helmer Vikramaditya Motwane, who has also directed the film, was all praises for Harshvardhan’s acting in the movie.

Harsh made his Bollywood debut with Rakeysh Omprakash Mehra’s ‘Mirzya’ with Saiyami Kher, but the movie, despite Kapoor family’s promotions, tanked at the Box Office.

But the actor is back as a superhero Bhavesh Joshi, the trailer of which was unveiled today, a few days before Sonam Kapoor’s wedding.

harshvardhan Kapoor, a normal college going boy, goes through such turn of events in his life, that he ends up being a superhero, for reasons that are beyond his selfish needs.

Watch the trailer, rather the unveiling of the powerful superhero, right here: