Directed by Hansal Mehta, ‘Omerta’, the much-delayed film, is finally slated to release on 4th May. 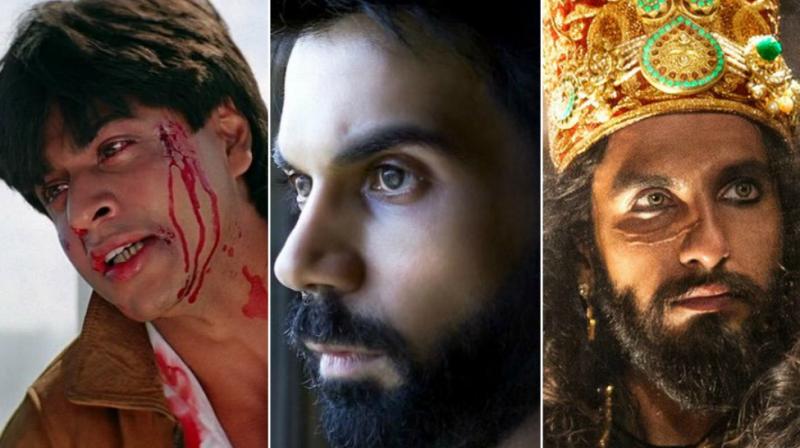 Shah Rukh Khan in a still from 'Darr', Rajkummar Rao in 'Omerta' and Ranveer Singh in 'Padmaavat'.

Over time, Bollywood has seen new types of villains and the definition kept changing till date, where movies see very few characters as villains.

The superstar himself then turned inspiration for his coming generation, and the latest who performed on that level is Ranveer Singh as Alaudin Khilji.

Both Shah Rukh and Ranveer instead have turned an inspiration for Rajkummar Rao’s character in ‘Omerta’, a story of the most dreadful terrorist.

Revealing to BollywoodLife, Rajkummar Rao said, “Playing an antagonist is quite fascinating.  We’ve seen it in the past, be it Shah Rukh sir in ‘Darr’ or Ranveer Singh as Khilji in ‘Padmaavat’ or Heath Ledger in ‘Dark Knight’. I thought it would be fun to explore the antagonist side of the film, especially in this film which is about the antagonist, who is a terrorist. There is no hero at all. He is such an evil mind and I’ve not explored this territory before ‘Omerta’. So I thought it would be interesting to try something new, something so dark, which is not me at all. I did not connect with him at any level and hence, I thought it would be exciting to explore this!”

Directed by Hansal Mehta, ‘Omerta’, the much-delayed film, is finally slated to release on 4th May.