Katrina Kaif has shared a cutesy picture of herself in the washroom holding a book. 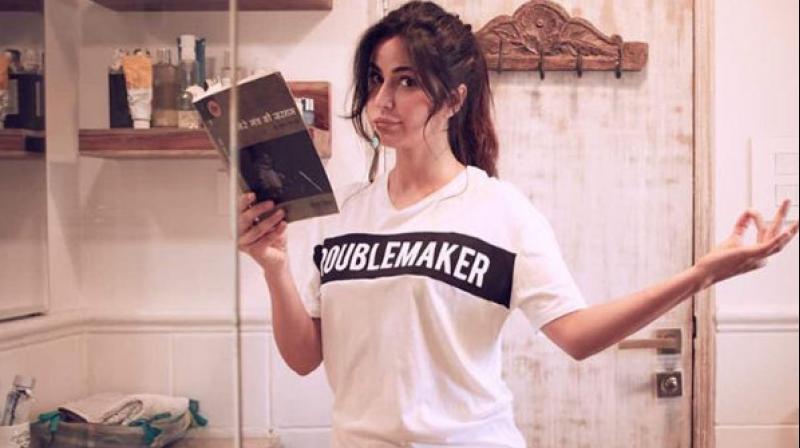 The 33-year-old, who joined the photo-sharing app on April 29, has been treating fans by showing her unseen side.

The 'Baar Baar Dekho' star has now shared a cutesy picture of herself in the washroom holding a book.

She wrote alongside, "Finding inner peace ... (and information) whilst getting ready #multitasking #onlyanhourlate" 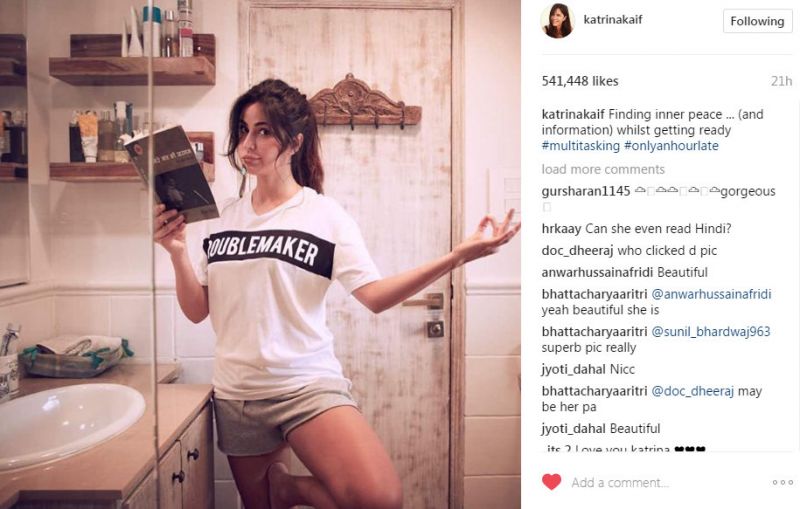 The 'Dhoom 3' star already has over 1.2 million followers on Instagram within two-three days of her debut.

On the work front, Kat is shooting for her upcoming flick 'Tiger Zinda Hai' opposite Salman and is also gearing up for the release of her film 'Jagga Jasoos' with Ranbir Kapoor.