Aamir Khan said it is motivating to know how Ashaji stayed positive when she was dropped from her first film, Vijay Bhatt’s Goonj Uthi Shehnai. 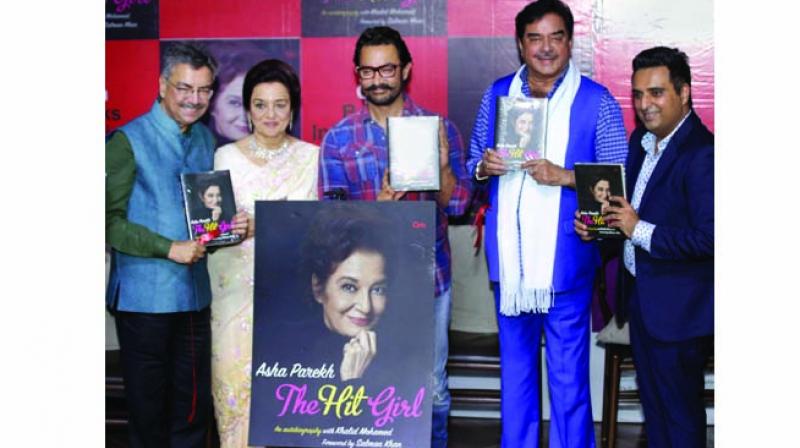 Actors Shatrughan Sinha, Aamir Khan and Asha Parekh at the unveiling of the latter's book "‘The Hit Girl" in New Delhi. (Photo: PTI)

The Dangal actor who was in the capital for the launch of yesteryear diva Asha Parekh’s book The Hit Girl, shared how she is a source of inspiration for today’s generation. Aamir Khan said it is motivating to know how Ashaji stayed positive when she was dropped from her first film, Vijay Bhatt’s Goonj Uthi Shehnai.

“Ashaji has had a prolific career and all of us really want to know more and more about her. When I met her the last time, she told me that she was offered Goonj Uthi Shehnai and shot for it for two days, but after that the director felt she was not the right choice and was removed from the film,” shared the 52-year-old actor.

He added, “Any person would get crushed in such a situation. Actors are very fragile and getting rejected is a big blow. So, to come back from that and become one of the top actresses of her time is an amazing inspirational story for all newcomers. It teaches us early setbacks need not mean that you need to give up.”