The German player invited the superstar to his hospitality box as he’s a big fan of the actor. 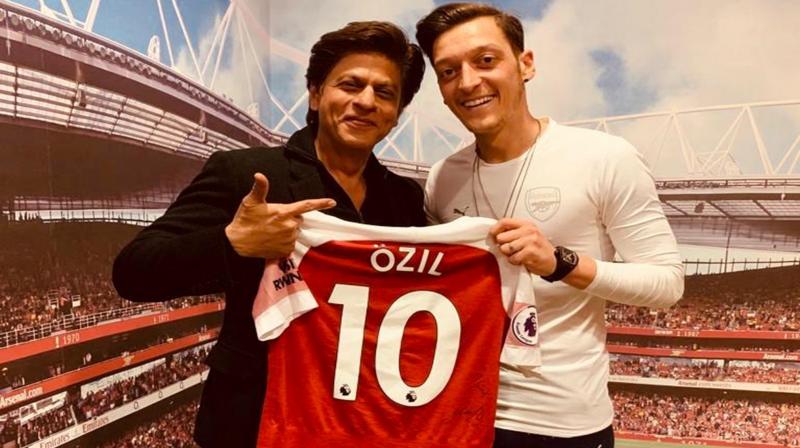 Mumbai: One of the most loved Superstars in the world, Shah Rukh Khan is a global phenomenon looked up by many prominent personalities around the world, the recent display of the same is Arsenal's Mesut Özil's invitation to the Arsenal vs Newcastle United match.

Renowned as one of the best football players in the world, Mesut Özil is a German professional footballer who plays for Premier League club Arsenal. The global sports star is a big admirer of superstar Shah Rukh Khan and hence, sent out a special invitation to the actor for the recent football match that took place in London.

SRK, who is an avid sports fan and also the co-owner of the IPL team KKR, graciously accepted the invitation.

Shah Rukh Khan attended one of Premier League 2018-19's important matches that took place on Sunday night in London at the Emirates Stadium. The German player invited the superstar to his hospitality box as he’s a big fan of the actor.

The superstar is one of the most followed celebrities across the world with a Global fanbase of almost 38 million. 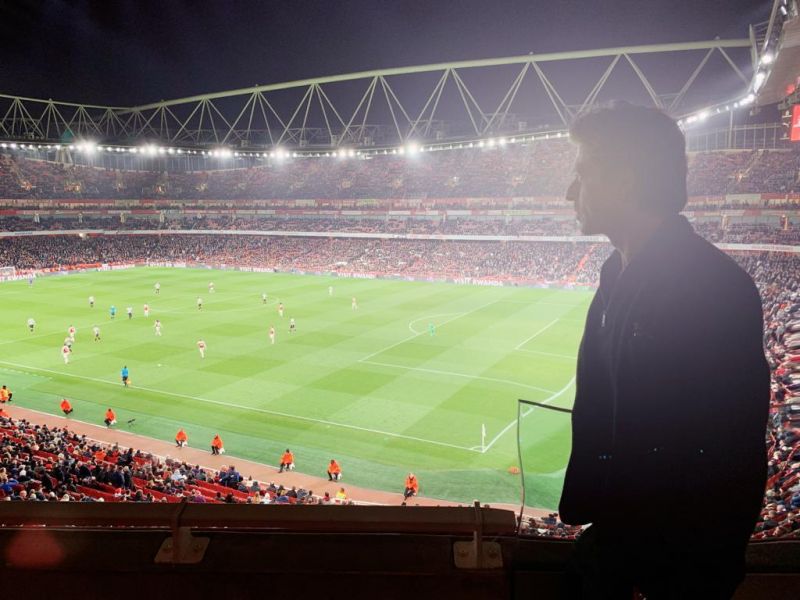 In the past as well, many renowned personalities the world over, have shown their admiration for the star.

Oscar Winner Leonardo Di Caprio has admitted to being a Shah Rukh Khan fan saying, "Starring in a movie with him will make me more popular than I am now!".

Beloved Marvel actor Hugh Jackman too, has accepted to be his fan as he said, "I like SRK's dancing. Even now(in this age) he can dance well. I admire his incredible energy!"

Titanic and Avatar fame director James Cameron is particularly a fan of Shah Rukh Khan's 'My Name Is Khan'.

Harry Potter star Daniel Radcliffe too, is spellbound by the charm of the King of Bollywood. The actor was quoted saying, "I am a big fan of Shahrukh Khan. I would like to work in a Bollywood movie with him. He is definitely an epitome of style and class!"

Hollywood hottie Penelope Cruz too wishes to work with the King of romance. She was earlier quoted saying, "I am a big fan of Shahrukh Khan. I want to work with him!".

International music sensation Pitbull who visited India for IPL admitted being charmed by Shah Rukh Khan, Pitbull said, "I got to learn a few Bollywood footsteps, thanks to Shahrukh. He is an amazing performer, full of energy. There is nothing as of now, but I would definitely love to work with him in the future."

Akon who collaborated with Shah Rukh Khan for Ra. One was quoted saying, "SRK is an incredible and amazing guy. The hospitality I've received here could not match anybody. He's a sweet person a great soul."

Apart from these, Tom Cruise and Obama too have been fans of the Global Icon.

Shah Rukh Khan, over his 25 years of career in Bollywood, has won innumerable hearts with his wit and wisdom along with endearing talks on global platforms. The global icon has wooed the audience worldwide with his acting and performing skills.