Zero: Shah Rukh and Salman Khan pitted against each other for Katrina

Katrina Kaif is a glamourous and one of the top-most actresses who any person would like to be with. 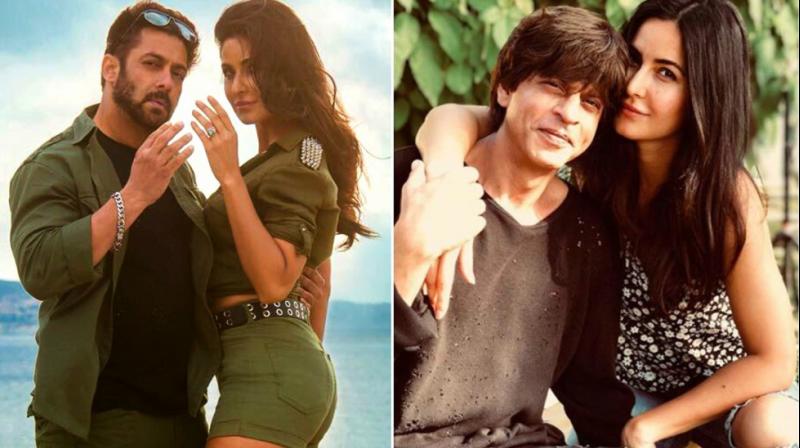 Mumbai: Katrina Kaif is a glamourous and one of the top-most actresses who any person would like to be with.

Salman Khan gave her a launch in Bollywood, but her chemistry with Shah Rukh Khan on the screen is also unmissable.

It now appears that both the Khan superstars will fight the actress in Aanand L. Rai’s upcoming movie ‘Zero’.

A source informed DNA, “Ever since the dance number was filmed, speculations have been rife that Salman and SRK will be joined by Katrina in it. However, that’s not true. It features just the two actors.”

Adds the source, “In the film, Shah Rukh is shown as a big admirer of Katrina’s work, while Salman plays the superstar who is also one of her heroes. The whole sequence is choreographed in such a way that it shows Salman and SRK up against each other on stage. The team has seen the final results and is extremely happy with the track.”

Speaking about shooting Shah Rukh in the film, the source adds, “SRK’s character has a certain height throughout the film. To make him look smaller, the team has shot from different angles. Along with them, there were holes drilled into the platform where the actor would fit in while shooting his scenes.”