Hooray! Salman Khan is all set to recreate Oh Oh Jane Jaana, but with a modern twist

Salman Khan's iconic song has now made its way to Isabelle Kaif and Sooraj Pancholi starrer 'Time To Dance'. 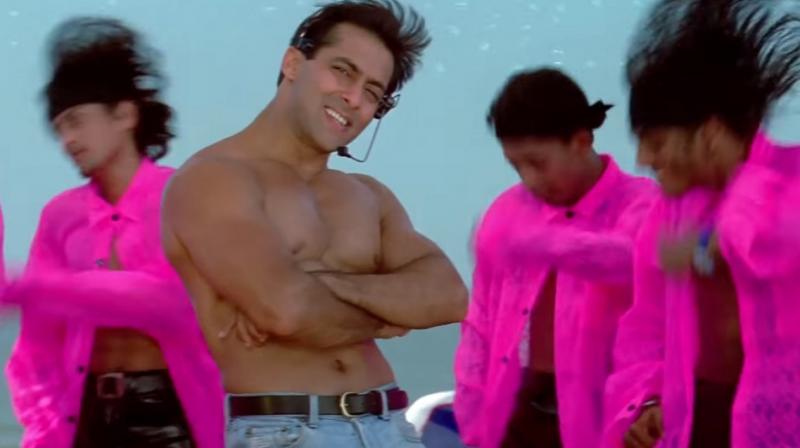 Mumbai: Among all iconic Salman Khan songs, his fans consider ‘Oh Oh Jane Jaana’ the best till date because they could see him shirtless for the first time.

The song was a rage at that time, so much that boys got obsessed to guitars and tried to recreate the song by going shirtless, wearing only ripped jeans. But of course, nobody could ever match Salman himself.

Now the much-loved song is all set to get a modern twist in ‘Time To Dance’. The actor will dance on the song in a special appearance with Isabelle Kaif, who plays a competitive ballroom and Latin dancer, and ‘Hero’ actor Sooraj Pancholi, a street dancer in the movie.

“The singer of the original, Kamaal Khan, returns for the new version while the music has been composed by Shivai Vyas who is also currently working on ‘Race 3’, also featuring Salman with Jacqueline Fernandez, Bobby Deol, Anil Kapoor, Saqib Saleem and Daisy Shah. While the feel of the original has been retained for a nostalgia trip for Salman fans, the score will be more contemporary and catchy this time around,” a source close to the development told Mumbai Mirror.

The original song was composed by musical duo Jatin-Lalit. Produced by Bhushan Kumar and Remo D’Souza, it is a dance-based film with a love story woven in, featuring a range of styles, from Salsa, Zumba and Bachata to a mix of ballroom dancing like Waltz, Tango, Viennese Waltz, Foxtrot and Quickstep. There will also be Latin dance forms like Cha Cha, Samba, Rumba, Paso Doble and Jive.