Entertainment   Bollywood  02 Apr 2018  Happy Birthday Ajay Devgn: The actor who excels in his on and off screen roles
Entertainment, Bollywood

Happy Birthday Ajay Devgn: The actor who excels in his on and off screen roles

Ajay, who turned 48 today, is one of the most underrated, younger superstars among the Khans and Akshay. 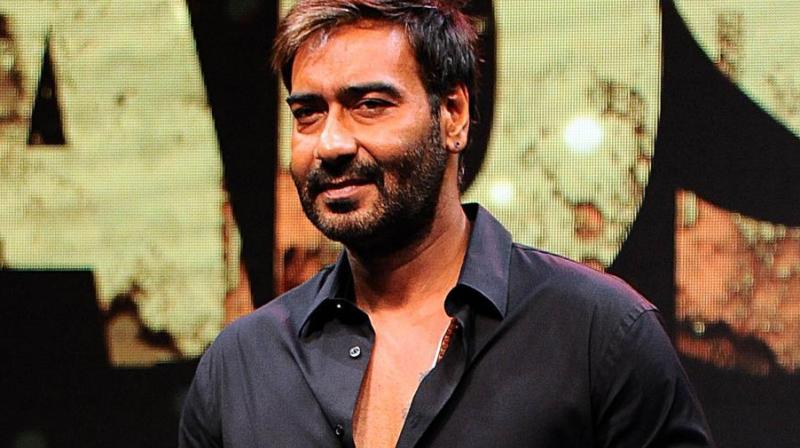 Mumbai: Ajay Devgn turned 49 today, and the actor is one of the most underrated, younger superstars among the Khans and Akshay Kumar. The actor, in spite of his controversies with Karan Johar (over ‘Ae Dil Hai Mushkil’ and ‘Shivaay’ clash) or Shah Rukh Khan (over ‘Son Of Sardaar’ and ‘Jab Tak Hai Jaan’ clash), is also the first to have franchises under his banner, which mainly include ‘Golmaal’ and ‘Singham’. In fact Ajay’s character in ‘Singham’ was so loved that he was ended up being called Bajirao Singham even in real life.

The actor, who is an achiever in all sense, has performed his roles with excellence and here’s looking at a few of them:

When Akshay Kumar was just budding as an action hero with his ‘Khiladi’ series, Ajay took up action right in his entry scene in ‘Phool Aur Kaante’ which is still to make your eyes pop.

Fun fact: He repeated the pose in ‘Golmaal’ series

Be it ‘U, Me Aur Hum’ or ‘Shivaay’, Ajay saw a vision in both the movies and decided to take up the projects, also ensuring his team has time for enough fun.

One of the early producers

He started his career in 1991 with ‘Phool Aur Kaante’ and in 2000, he already became a producer with ‘Raju Chacha’. He has now gone on to produce Marathi films (‘Vitti Dandu’ and Nana Patekar starrer ‘Aapla Maanus’) as well as his wife Kajol’s upcoming movie ‘Eela’.

Kajol can often be seen boasting about Ajay Devgn. They are actually one of the power couples who stand by each other at every time. During ‘Shivaay’ clash, Kajol also supported her husband despite of being great friends with Karan Johar.

Both Kajol and especially Ajay are protective about their kids. Kajol even claims that Ajay is a doting father to their kids, which can be seen the way he treats them and speaks about them.