Priyanka Chopra who was in Mumbai for some time, was reportedly roped in for Salman Khan starrer ‘Bharat’. 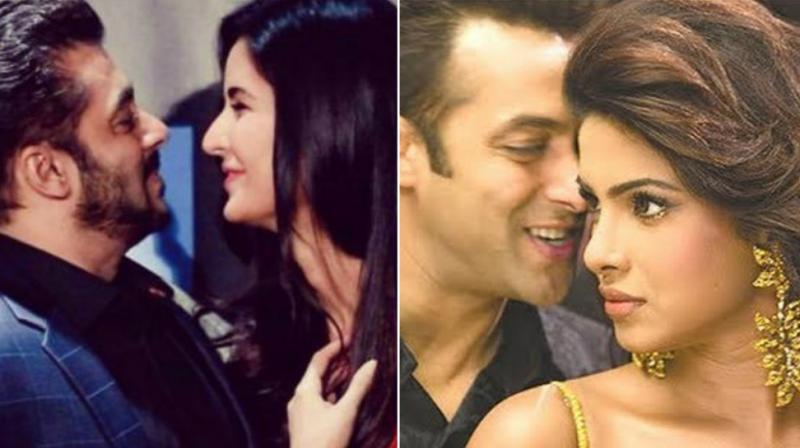 Salman Khan and Katrina Kaif at an event, Salman and Priyanka Chopra in a movie.

Mumbai: Priyanka Chopra was in Mumbai for some time, spotted hanging out with Arpita Khan Sharma, thus giving fuel to rumours of her doing ‘Bharat’.

While Priyanka has left for US already, there is no confirmation for her project, and now Mumbai Mirror reports the actress might have been replaced by Salman Khan’s favourite Katrina Kaif.

Salman Khan gave Katrina Kaif a grand Bollywood launch and has played a major role in making her career.