Is Manav Kaul the main culprit in Amitabh Bachchan and Taapsee Pannu's 'Badla'?

Manav Kaul plays the husband of Taapsee Pannu's character in the film and is amongst the strongest suspects. 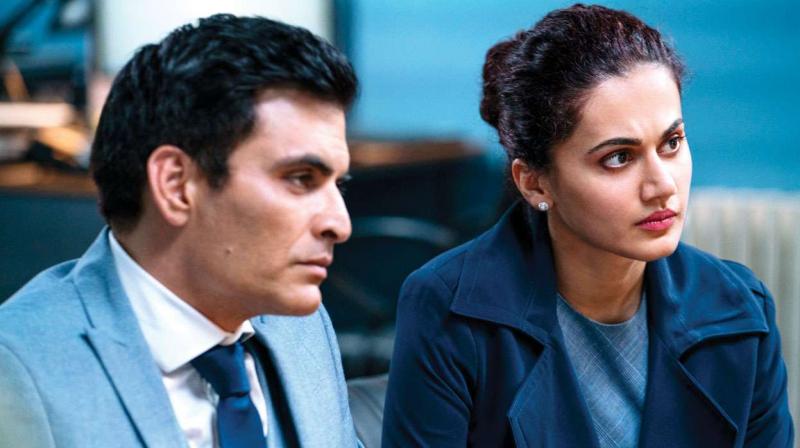 Manav Kaul and Taapsee Pannu in the still from Badla.

Mumbai: Red Chillies Entertainment's upcoming crime thriller Badla has left the audience intrigued to witness the mystery unfold in the Amitabh Bachchan and Taapsee Pannu thriller. While the trailer showcased glimpses of the film, leaving everyone curious to know the culprit of the story, the guesses for the murderer are inclined towards Manav Kaul.

Manav Kaul plays the husband of Taapsee Pannu's character in the film and is amongst the strongest suspects. The trailer revealed Taapsee Pannu's affair outside marriage and gives a hint of blackmailing. However, her lover is murdered soon after without even taking the money.

The plot twist, therefore, directs attention towards Manav Kaul who must have killed the other man in his wife's life with no intention of taking money from Taapsee Pannu.

With an engaging storyline backed by remarkable performances by Amitabh Bachchan, Taapsee Pannu, Manav Kaul, and Tony Luke Badla has stirred the excitement amongst the fans for the edge of the seat thriller.

After garnering accolades for Pink, Amitabh Bachchan and Taapsee Pannu team up again, playing a lawyer and client, presenting an intense crime thriller with Badla.

The trailer gave sneak peeks in the gripping mystery that revolves around a murder, blackmail and no witnesses, leaving Taapsee Pannu as the main suspect. Badla presents the story of a woman struggling to find out the truth about the murder and blackmail.