Entertainment   Bollywood  02 Feb 2019  No point in being jealous of me, says Kangana Ranaut
Entertainment, Bollywood

No point in being jealous of me, says Kangana Ranaut

Kangana Ranaut goes on a rampage against her film’s co-star and director and claims that she has earned her position in the industry. 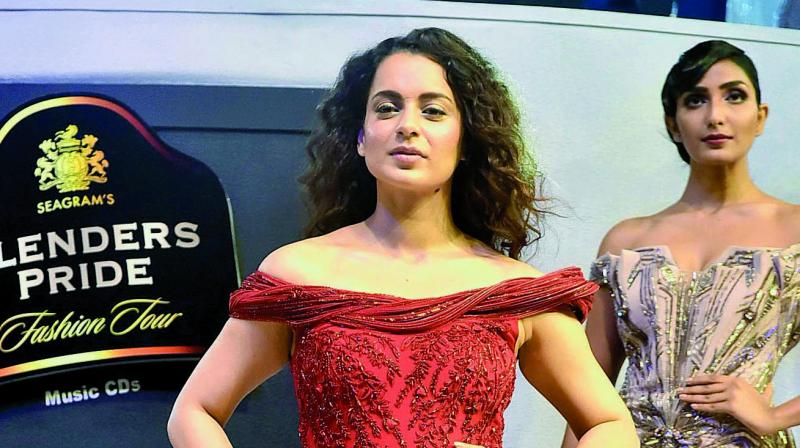 Motormouth actor Kangana Ranaut is at it again. After director Krrish lashed at Kangana for making false claims of shooting 70 per cent of Manikarnika, many came in support of the director. The latest to endorse the director’s claims is her co-star Mishti Chakraborty who is also miffed about her shortened role in the film. Reacting to the allegations, Kangana said, “Krrish has got his credit and it would be wrong to say that he wasn’t given credit. He should speak to the producers instead of attacking me. Let him prove himself. Now the film has been made and fortunately or unfortunately, I have directed it. I have taken all the final decisions, so I just want to make one thing clear. This film is out in theatres and you can’t do anything about it,” she added.

Mishti who played Kashibai in the film wasn’t happy with the final cut and revealed how her role was chopped.

Talking about the complaints of her co-star she said, “Whoever is saying that their role was chopped, I want to tell them that the position I have earned in my life as an actor and as a three-time national award winning actor, is with my handwork. My father didn’t give this to me so you also earn that position. What will you get by crying?” The firebrand actress went on to add that in her initial days, she also had to bear the brunt of being a newcomer. She further added, “I also started my career with five-minute roles and in many films, my roles were chopped and I was dropped at the last minute from many films. But if this is my power, I have deserved and earned it. Whoever is struggling in life should take inspiration from me. There is no point in feeling jealous or attacking me.”

Before signing off, the Gangster actress also left a suggestion for Krrish. “Don’t sit and cry. Make a position for yourself. Today, if I am a filmmaker, it is due to my credibility. I will direct one more film and that will be better than Manikarnika. My only suggestion for Krrish is make a film with all these people. Take Sonu Sood as the villain and make Apurva Asrani write the story. Make such a film that I will be bound to shut my trap.”