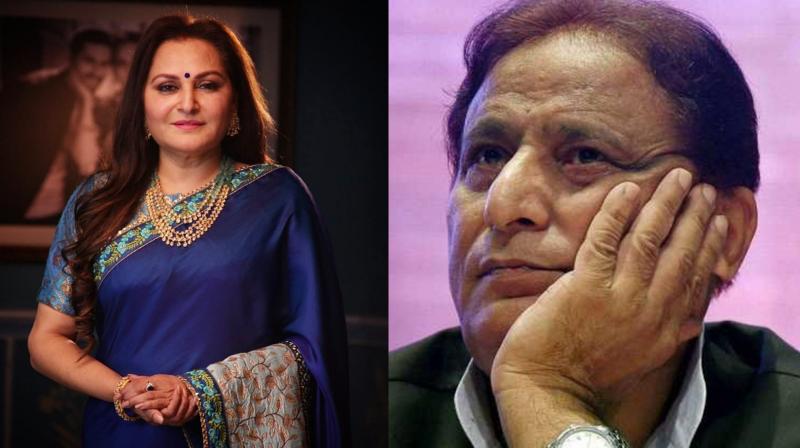 Mumbai: Actor-turned-politician Jaya Prada Friday said she considered Amar Singh her "godfather" but added that people would continue to talk about them even if she tied him a rakhi.

She also made serious allegations against senior Samajwadi Party (SP) leader and Rampur MLA Azam Khan, including a claim that he "attempted an acid attack" on her.

The former Lok Sabha MP from Uttar Pradesh's Rampur had started the Rashtriya Lok Manch along with Singh after being expelled from the SP.

On dealing with the "negativity" regarding her relationship with Singh, she said, "So many people have helped me in my life and Amar Singh ji is my godfather."

She was in conversation with author Ram Kamal at the Queensline Literature Festival here.

"Because the state I was in, contesting elections with Azam Khan, as a woman, with acid attack threats, threat to my life... I couldn't even tell my mother if I would come back alive whenever I left from home," Jaya Prada claimed.

The 56-year-old said when she was being called names, "not one politician came out in support of me".

"Mulayam Singh ji didn't even call me once," she added.

The actor-politician said she even contemplated suicide when her morphed pictures went viral on social media.

"Amar Singh was on dialysis and my morphed pictures were being circulated in the region. I was crying and saying I don't want to live anymore, I want to commit suicide. I was going through that trauma and no one supported me," she said.

"Only Amar Singh ji, who came out of his dialysis, stood next to me, supported me. What will you think of him? Godfather or someone else? Even if I tie rakhi to him, will people stop talking? I don't care what people say," she asserted.

Jaya said it is a "real war" for a woman to be a politician in "this male-dominated set-up."

"Even as a sitting MP from a party, I wasn't spared. Azam Khan harassed me. He attempted an acid attack on me. I had no certainty if I would be alive the next day. I would tell mother while leaving the house that I wasn't sure if I would ever return home. I emerged out of it," she claimed.

"Whatever they are showing in the film Manikarnika, I feel I was like that. A woman can also take the avatar of goddess Durga," she added.