It was earlier speculated that her character’s look is inspired by Madhuri Dixit Nene’s in Sailaab. 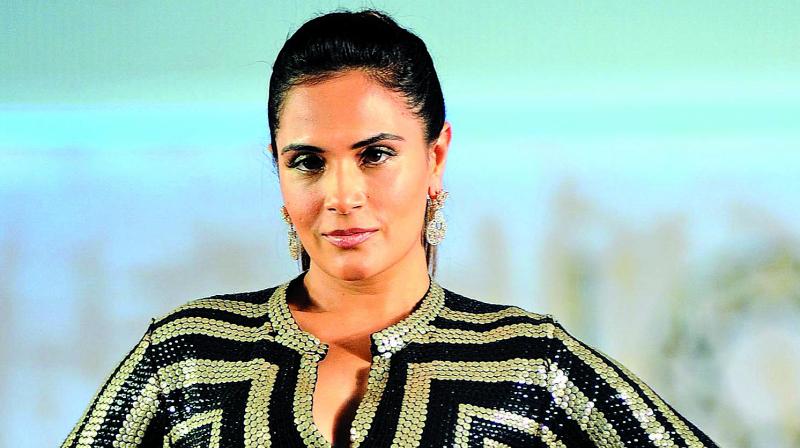 Richa Chadha, who was last seen in Fukrey Returns, will now be seen in Excel Productions’ 3 Storeys. It was earlier speculated that her character’s look is inspired by Madhuri Dixit Nene’s in Sailaab.

A source reveals, “Richa plays the character of a Maharashtrian woman living in a residential complex in Mumbai. While her character has been kept under wraps, it’s interesting to see it inspired by Madhuri’s in Sailaab. There’s a drastic similarity between the two looks, with the background of the two characters being similar in the respective movies.”

And while the makers haven’t revealed much about the character in the film, we now hear of the preparations she’s undergone for the role. Since the movie revolves around the life of people living in a chawl, Richa has been working hard on her look. Says a source, “In order to understand the behaviour of people living in these areas, Richa disguised herself and visited a few chawls in Mumbai.”