2019 saw the re-emergence of horror as Bollywood’s go-to genre, and it is seemingly here to stay. 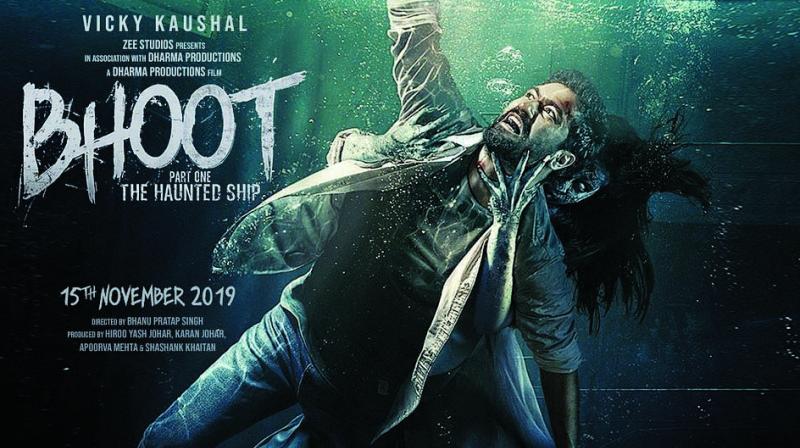 Horror has come a long way.

The old gate creaks openin a Ramsay movie as the old and ravaged Ramu Kaka peers into the face of young couples who enter the Veerana of the Purani Haveli. Little do they know that when the heroine is going to get under the shower, the Bandh Darwaza will open to push the heroine into a Tahkhaana and then further into Do Gaz Zameen Ke Neeche.

Horror has come a long way. And even though the movies of Ramsay horror has now invited the A-listers to get scared. Sample this: 2019 saw a few films hitting the big screen. While there was the usual suspect in the form of Vikram Bhatt, who came up with Ghost, the year started with the Vikram Khakhar-backed Amavas starring Nargis Fakhri and Sachiin Joshi. Prabhudeva entered the genre with Tamannaah in Khamoshi, which was also released in the south. There were a lot of smaller films like Mushkil with Rajneish Duggal, Main Zaroor Aaunga with Arbaaz Khan, and much smaller B graders like Savdhan Ek Adbhut Kahaani and Pyar Bhari Madhhoshiyan, apart from the acclaimed psychological horror Rakkhosh starring Sanjay Mishra, direced Srivinay Salian.

But that’s not all. While the first day of the year saw the Lust Stories director foursome, comprising Karan Johar, Zoya Akhtar, Anurag Kashyap and Dibakar Banerji, turned fearsome with their Ghost Stories anthology on Netflix. This meant that horror is also an A-lister’s prerogative.

Earlier in 2018, apart from Tumbbad, films like Stree, Pari and 1921 saw the re-emergence of horror after a brief lull. But the list of upcoming films is rather interesting — 2020 onwards, we will see the Karan Johar bankrolled Bhoot Part One: The Haunted Ship, which will have Vicky Kaushal doing a surgical strike on zombies and ghosts along with Bhumi Pednekar. Karan had experimented many years ago with Kaal starring Ajay Devgn and Viveik Oberoi in a film co-produced by Shah Rukh Khan, and then stuck to romance when the film flopped at the box-office.

Meanwhile, 2020 will see Kartik Aaryan emerge in Bhool Bhulaiyaa 2 with Kiara Advani. She will also be seen with Akshay Kumar in Laxmmi Bomb, while Stree star Rajkummar Rao will spook along with Janhvi Kapoor in Roohi Afza. Katrina Kaif will do her first horror in the form of Phonebhoot along with Ishaan Khatter and Siddhant Chaturvedi. Go Goa Gone star Saif Ali Khan may not have revisited Goa as yet in a sequel, but he will don the uniform of Bhoot Police along with Fatima Sana Shaikh. Also in the pipeline is Anjaan, starring Arjun Rampal, which has been backed by Raju Chaddha and Rahul Mitra along with Vikram Khakhar.

Khakhar, who is also the moving spirit behind India’s newest horror film factory called Weeping Grave, says the safety is the reason why many scripts are emerging from the crypt.

“Since a lot of tent pole films are not doing well at the box office, even leading production houses are shifting to a safer genre which is horror. If you look at it worldwide, horror as a genre is the safest bet: It is best to watch in a theatre to get the experience of the film, as every other film can also be enjoyed in the comfort of one’s home on an OTT platform,” he says, matter-of-factly.

Stree director Amar Kaushik adds, “Now, it is a tried and tested formula. Once the film has made money, producers are happy. More people want to experiment with this genre, which is why you all can see so many horror films lined up.”

While horror films are evidently here to stay, Sujoy Ghosh finds that Bollywood’s perception of horror is still inchoate. “We have not cultivated it, not explored it much. It’s a very brave territory, and our system is a little star-driven. In a horror flick, the star is always the horror. So as long as they are willing to accept that, please do, but a lot of people are not willing to,” he rues, adding that the ‘adult’ tag that comes with horror films can seem restrictive. “But times are changing and it's only a matter of a few months,” he shrugs.

Times are indeed changing, as is the way horror films are made. The blood and gore have been put out of a job, and have now been replaced by sound effects, visual effects and other technological marvels.Salian, who based his Netflix premiering film Rakkhosh on a short story by Narayan Dharap, whose other story Tumbbad was made earlier by Sohum Shah, has an explanation. “Bigger filmmakers want to use trickery and sound effects in their films - something that was experimented long ago by Ram Gopal Varma in Raat. It becomes easier when you are not showing blood and gore like in the days of yore,” he surmises in conclusion.