This year in the Bollywood is not just about content driven film, but is filled with some spunky confident bright star-children. 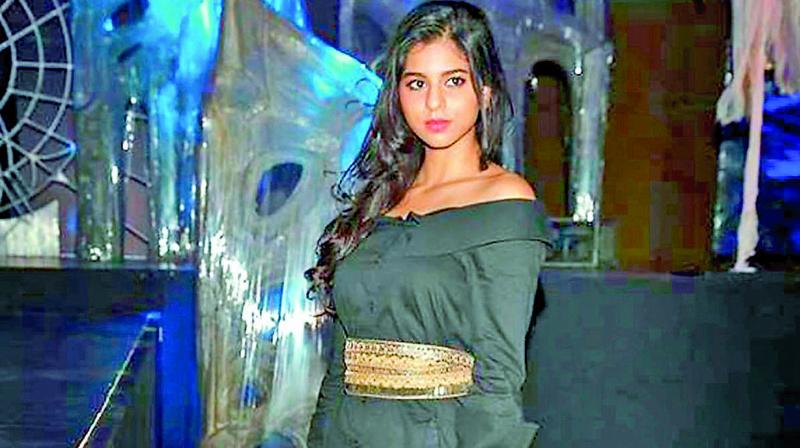 This year in the Bollywood is not just about content driven film, but is filled with some spunky confident bright star-children. While we have had Sara Ali Khan and Janhvi Kapoor delivering stellar performances, we take a look at the star children waiting in the wings to woo the world in 2019.

Anmol Thakeria:
Actress Poonam Dhillon and producer Ashoka Thakeria's son is launched by producer Sanjay Bhansali in a film directed by debutant Taranveer Singh. Anmol apparently approached Bhansali all on his own without seeking to use his parents' name as a calling card. Good going, kid!

Suhana Khan:
As Shah Rukh Khan's son, Aryan Khan, is apparently not keen on being an actor, his daughter Suhana Khan is training for a career in acting. Though it is not confirmed yet, but it is likely that Karan Johar will launch the 'Suhana' safar.

Ananya Panday:
Daughter of Chunky Panday, Ananya will be launched by Karan Johar in Student Of The Year 2 opposite Tiger Shroff. Considering what the first film in the campus franchise did to Alia Bhatt's career, great things are expected from Ananya.

Khushi Kapoor:
While Janhvi Kapoor made her well-received debut with Dhadak, it's time for the youngest of the Kapoor family to capture the screen. Boney Kapoor's younger daughter Khushi Kapoor will be launched in all likelihood, opposite Saif Ali Khan and Amrita's son Ibrahim Ali Khan by hawk-eyed producer Karan Johar. It's a promise Karan made to Sridevi.

Sharmin Sehgal:
Sanjay Leela Bhansali's film Malaal for his niece Sharmin Sehgal is almost ready. Mangesh Hadawale directs the film and according to sources, Bhansali has spared no expenses to ensure the project is as lavish as his. A thorough artiste Bhansali cannot be accused of nepotism for its own sake. The director says, "I wouldn't launch my own daughter, if I had one, if I didn't see the spark in her."

Mizaan Jaffrey:
Here is another talent from within the film industry. Mizaan is the son of actor-anchor Javed Jaffrey. He will be making his debut opposite Sanjay Bhansali's niece Sharmin in Malaal. But his role and his screen presence are in no way secondary to the female debutante. Mizaan is supposedly quite a chip off the old block. Says a source from Bhansali productions, "Mizaan has the comic timing of his grandfather Jagdeep the dancing skills of his father Javed and a screen presence that is all his own."

Tara Sutaria:
The lone 'outsider' among the bevy of star-kids to be launched in 2019, Tara plays the pouty femme fatale in Student Of The Year 2, a la Rani Mukerji in Kuch Kuch Hota Hai. She could be the dark horse of 2019.