The actor with an opinion

The year 2017 has been full of ups and downs for Parvathy. But she takes it all in her stride as she welcomes the New Year! 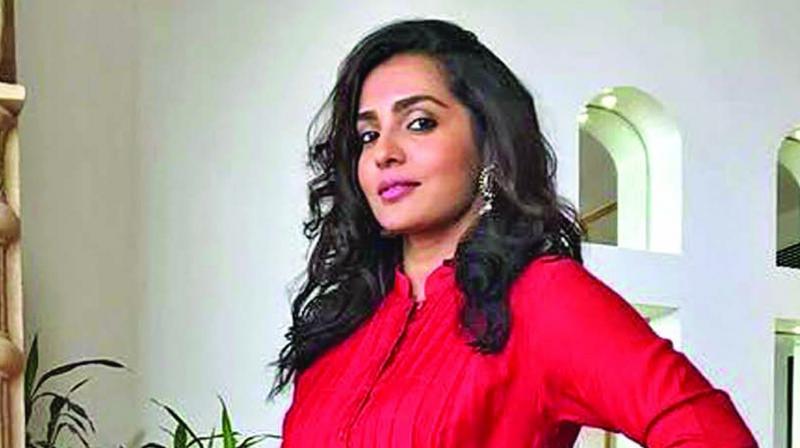 Eleven years and 19 movies — that’s how long we have all known Parvathy Thiruvoth Kottuvata. But that’s not all about her. An actor who speaks her mind, she is unlike all the onscreen divas we are used to. She is carefree, her words are blunt and she doesn’t want to please anybody and be their girl-next-door; all she cares about is honesty and she proudly announces to the world, “Yes, I am a feminichi.”

Known to have her priorities and visions clear, Parvathy was one among the female actors to rally behind their colleague, who survived an attack in February. Nearly two months later, she, in a candid interview, let all hell break loose by opening up about casting couch in the Malayalam film industry. In May, she joined the women in the film industry to form the Women in Cinema Collective and launched the #withher campaign offering support to the attacked actor, hailing her as a survivor. November saw Parvathy making her Bollywood debut with Irrfan Khan-starrer Qarib Qarib Singlle, followed by her walking away with the Silver Peacock for Best Actress at the prestigious International Film Festival of India.

It was in the final leg of 2017 that her comment against the glorified misogyny in movies,  set off a war in cyberspace with fans unleashing their wrath on the ‘arrogant’ Parvathy. Ironically, all the comments against her were loaded with misogyny and patriarchy. As the year ends, the investigation of her complaint to Cyber Cell has taken a new turn with two abusers being arrested for sexual abuse and rape threat.

Call 2017 an eventful year, Parvathy would say it was ‘positive and liberating’. “People keep on saying ‘Ayyo, what a year!’, but for me, it’s ‘Yay, what a year!’,” she says. “A lot of unfortunate incidents happened, which led to the unification of people, not just women. There was togetherness even in chaos. While it is deafening silence elsewhere, we, in the Malayalam film industry, decided to at least do some- thing.” Was speaking up about casting couch, an issue which people knew, but never dared to mention, intentional? “Not at all. The interview was like a friend-to-friend conversation and me talking about it happened naturally. Now when I think about it, I feel it was coming. A lot had happened and there was no point in living in fear. You do something or not, you could be attacked. To be honest, it was more like a closure for me.”

The question she faced a lot after the revelation was why she didn’t talk till then and what was she doing when many other things happened. “My answer to them is that, I too was stuck in this toxic social construct, which I’m questioning now. I’m freeing myself now. Just because it’s making a lot of people uncomfortable, they can’t hold me back to my past.” Parvathy believes she is opening up not for her, but for the next generation — “I would rather be a change than be a witness to it — we have always had someone who had to be the change. We wouldn’t have had the laws protecting us if there wasn’t a Mathura or a Bhanwari Devi.”

Her family, her lawyer-parents P. Vinodkumar and T.K. Ushakumari, and brother Karunakaran, like any family, are understandably worried, but they are supportive of her acts. “There’s openness in our relationships; they have never questioned me in terms of gender, studies, work or commitment. They have fully accepted me as I evolved. All they want is that I am happy, safe and sure about what I do. They also want me to realise the importance of social responsibility as a citizen more than an actor, and that’s what I am — a law-abiding citizen who shouldn’t be scared of living in my country,” she says.

On the career front, Parvathy is what she calls a free-flowing entity, who goes with her intuitions. “It’s always the gut feeling. I like it when things come to me; I choose a movie if I know I need to be a part of it. That’s why I take a break for even say 10 months or a year.” She is intuitive in choosing the scripts too. “I know if something unhealthy is standing out. Even in a film, where my story line has a lot of violence in it, the most regressive and patriarchal scene is underlined as the most regressive and patriarchal scene. There’s no glorifying space in it. And if there is one, I openly discuss it with the director or the writer. Removing it will always be up to them but I’ll give it my best shot to have it removed. I won’t challenge their talent or seniority, but tell them that as an audience, I feel that this film can do well without this particular dialogue.” Her grave tone puts it across that she has done it. “It’s not in a rude manner. It might have been 11 years, but I consider myself a newcomer. When you convey your views to the filmmakers with all due respect, though rattled, many people see the point. And those who haven’t been able to, I have said no to such projects,” she reveals.

For Parvathy, Bollywood innings hasn’t made any difference. “The Qarib team was energetic with an intimate way of working. The marketing strategy there is different and interesting. If you’re talking about industry, I’ve never restricted myself to Tamil, Malayalam, Hindi or Kannada. Whichever the language is, from Swahili to Marathi or Bhojpuri to Bengali, I would be happy to do it,” she says.

As the year ends, she takes home several memorabilia, including the word feminichi, coined as a derogatory reference for outspoken women on social media. “#feminichispeaking — lovely, isn’t it? I really like it. It’s quite endearing; I might get inked with the word,” she laughs. Looking back, it has been a proud journey. She sums up, “The most beautiful thing about 2017 is that there’s no more going back. I can never go back to a workspace where there’s no dignity. But I am not going anywhere else. This is my industry as is anyone else’s. I will demand the respect that all of us deserve. Be it any gender. No more staying numb.”