The Mewar royal alleged that CBFC chairman Prasoon Joshi had not considered all factors and hence it may cause 'social unrest'. 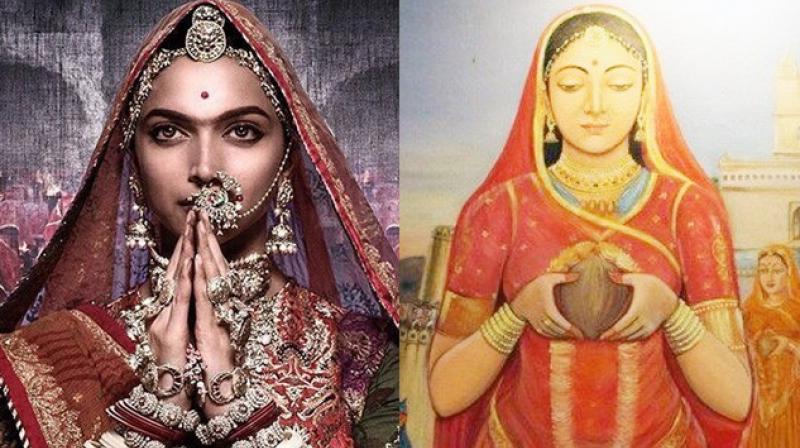 CBFC suggested the director change the film's title to 'Padmavat'.

Mumbai: A senior member of the erstwhile Mewar royal family, Mahendra Singh, has questioned the Central Board of Film Certification (CBFC) for endorsing Sanjay Leela Bhansali's 'Padmavati' claiming the film "misrepresents" revered heroic characters and may cause "social unrest".

In a letter to Information and Broadcasting Minister Smriti Irani and Minister of State Rajyavardhan Singh Rathore, the Mewar royal alleged that CBFC chairman Prasoon Joshi had not considered all factors and "this public deception" suggested incompetence and complicity.

"The movie is likely to cause social unrest and such hurried certification and continuing misrepresentation can only bring disrepute to the CBFC," Mahendra Singh wrote.

Accusing CBFC chief Joshi of misrepresenting facts, Mahendra Singh alleged that two panels seemed to have been invited for a special screening but the film was "clandestinely" shown to only one.

"The impression being given is that the panelists who saw the movie were in agreement over its release with the reported modifications. However, two members of the panel have gone on record to state that they were not in agreement to the release," read the letter.

It is clear that the invitation to both panels was just a sham and the names of the panelists who viewed the film are now being used to add credibility, Mahendra Singh said.

He added that the claims of historical authenticity were dropped and the movie was declared to be fictional, drawing inspiration from Malik Mohammad Jayasi's poem 'Padmavat'.

Mahendra Singh claimed that the period drama was not even an accurate adaptation of Jayasi's poem.

"The movie thereby misrepresents not only our culture but also this poem! It may be noted all communities had made their contribution at that time and we Rajputs need no certificate from the film or Mr Joshi, especially at the cost of misrepresenting our culture and denigrating that of others," the letter says.

Significantly, Mahendra Singh's son Vishvaraj Singh had written to CBFC chairman Joshi seeking some clarifications after he received an invitation to be on a panel to review the film. Mahendra Singh also raised questions at to why the CBFC had not answered the issues raise by his son.

Last week, the CBFC decided to give Sanjay Leela Bhansali's 'Padmavati' a UA certificate and suggested the director change the film's title to 'Padmavat'.