There have been rumours doing the rounds suggesting the beautiful lady being all set for her Bollywood debut. 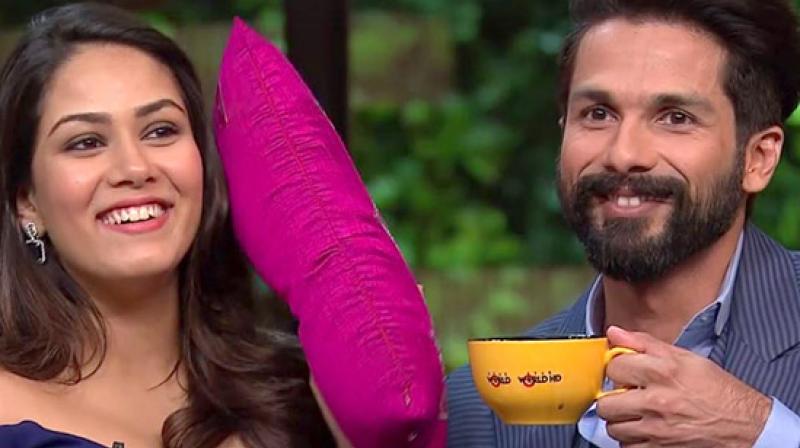 Shahid and Mira in a still from the show.

Mumbai: Mira Rajput, one of the most popular star wives, made her first appearance on television on Karan Johar's popular chat show 'Koffee with Karan' on Sunday.

Shahid Kapoor’s wife Mira has charmed one and all with her spunk and candour.

The two, who were recently blessed with a baby girl, Misha, were inseparable and head over heels in love with each other.

While there have been rumours doing the round suggesting the beautiful lady being all set for her Bollywood debut, the tidbit never materialised.

However, when Karan Johar, during his famed Rapid Fire round, asked the 22-year-old which role portrayed by a woman that would tempt her to become an actress.

Well, that would have made for one helluva debut, don’t you think?