Want to die on a film set: Bhumi Pednekar

The actress says good characters are never forgotten, which is why she chooses films with strong roles for her. 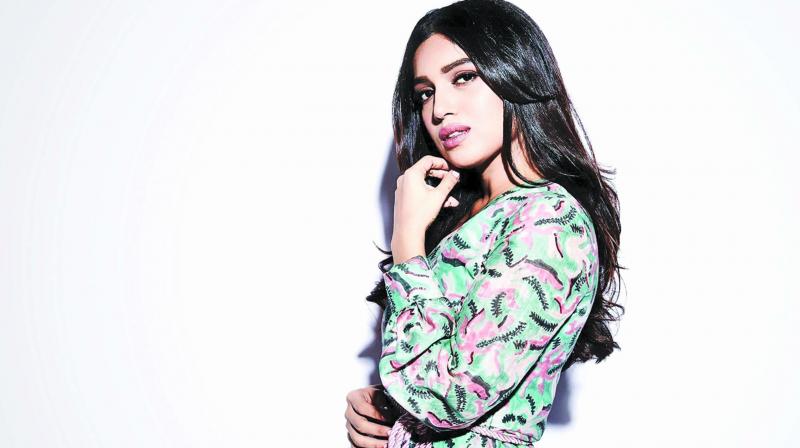 Bhumi Pednekar has aced every role she’s taken on, which have often been in films with controversial stories. Her latest film Pati Patni Aur Woh deals with a man having an extramarital affair. When asked if she would do a film where the woman has an affair, Bhumi muses: “I don’t know if they (society) are ready to accept or not, but the day there is a good script, it will be accepted. There are a lot of taboo that we are now touching upon, so it is changing. I really hope thesequel to this is that the wife has a ‘woh’ and that’s the best way to take that forward. If you ask me who I think my ‘woh’ should be, it’s Ayushmann (Khurrana).”

The 30-year-old feels that the audience has also evolved in thelast few years. “We have come a long way from what we were 10 years ago, and I feel very proud that my film is going to be apart of that progression. This is not a film only about infidelity or cheating, it’s a film where you have three strong characters stuck in a situation. It is a human-drama.”

The actress is no stranger to controversy, and Pati Patni Aur Woh has been in hot water as well. The trailer of the film drew flak on social media for a scene where Kartik Aaryan’s character vents to his friend saying that when a husband asks for sex, he becomes a beggar and if a husband tricks his wife into sex, he is a rapist. However, the dialogue was later rectified. Says the actress: “I don’t know what’s the right way of putting it other than a lack of judgment. This film is empowering to both the genders; the idea is never to hurt anybody’s sentiments. Nobody attached to this film belongs to that school of thought. I have always gone out there to empower my gender with my work.” The actress adds that she is glad that the mistake was rectified. “It was a lapse in judgment and that’s why we have gone a head, apologized and rectified it. When you make a film, it comes with greatresponsibility. I need to applaud the filmmaker because they could have said, ‘It is just the Twitter backlash and we will stick to this’, but they didn’t do that. They realized that and we all need to draw that boundary and they did rectify it,” she asserts.

Bhumi has always picked relatable characters, and she “wouldn’t pick a film just to be commercially viable” unless she believes in the script. “For me to like the script I need to like the character.  My characters are part of the script or else it is just a project for me. I am not that project kind of person because I have been offered so many films since my first movie, but I didn’t think that was the right thing for me to do. It is not about having many `100 crore films in your filmography; that’s not how I see longevity,” she explains and adds that as an actor, she wants to earn the audience’s respect. “I want to have a long career, I want to be acting, I want to die on a film set, and that can only happen if I create an audience who has trust and respect for me as a performer. For women, it is anyway difficult; there is this constant thing of ‘shelf life’ and I don’t want that to happen.That’s why I do such characters, because the character never dies,” she adds.

As for upcoming projects, Bhumi said she wouldn’t mind doing a comedy after her spate of serious roles. “I would still do a brainless comedy because doing comedy is very difficult; it’s one of the toughest forms of performance for an actor. Making somebody cry is easier. So it is not a ‘no’from me, but I have a certain moral compass that I have always followed. If that film fits into that, then I will do it,” she signs off.