‘Will hear plea after CBFC inspection’

The court on Friday asked the censor board to examine the allegations and points raised in the petition while considering the film for certification. 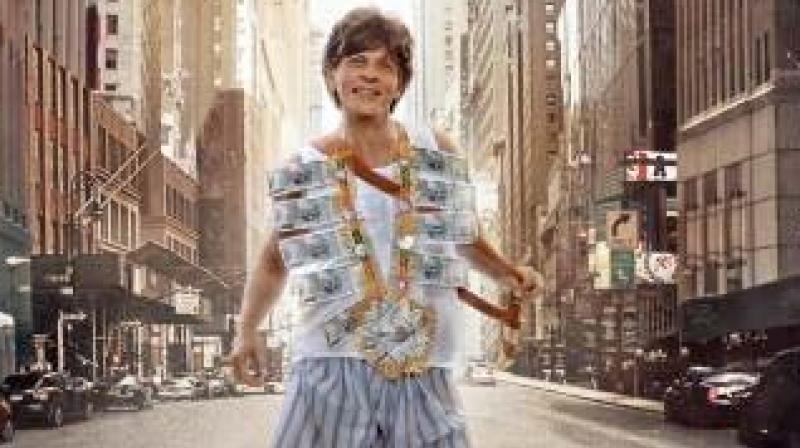 Shah Rukh Khan holding a ‘kirpan’ in the movie’s poster and trailer.

Mumbai: The Bombay high court has said that it will hear the petition filed against the film, Zero, after inspection by the Censor Board of Film Certification (CBFC). According to the petition, Bollywood actor Shah Rukh Khan has hurt the religious sentiments of the Sikh community in the film.

A division bench of Justices B.P. Dharmadhikari and S.V. Kotwal was hearing a petition filed by advocate Amritpal Singh Khalsa, claiming that the film’s trailer and poster had hurt the sentiments of the Sikh community.

Senior counsel Narvoze Serwai, appearing for Shah Rukh; producers Gauri Khan and Karuna Badwal; and director Anand L. Rai told the court Friday that the petition was based on an “erroneous assumption”. Advocate Serwai told the court, “What the lead actor is wearing is not a kirpan. It is an ordinary sword.”

The court then sought to know if the film had been granted certification from the censor board. To this, CBFC counsel Advait Sethna said that the same was pending. He further told the court that the poster in question was not part of the trailer submitted by the filmmakers while seeking certification.