Arjun, who is believed to have gone through through several ‘look’ tests is now seen in his new avatar for the project. 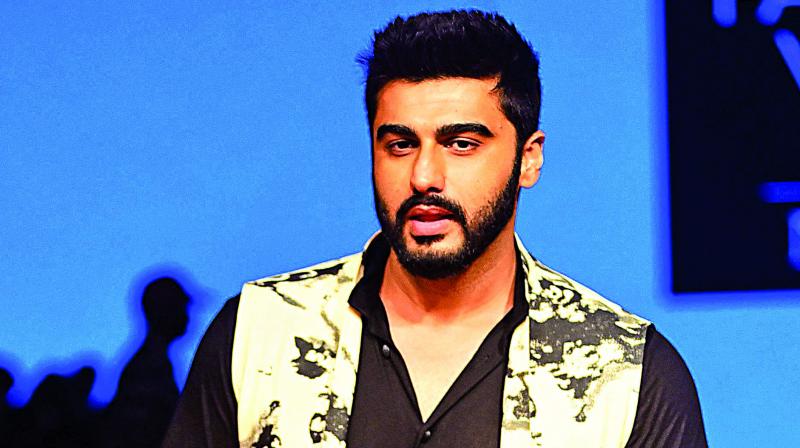 Arjun Kapoor’s much awaited period drama Panipat finally went on the floors on Friday. A lot of research has gone into the film that is to be directed by Ashutosh Gowariker who also spent a lot of time on the sets to make it as realistic as possible.

A source close to the project reveals, “A period film takes time and Ashutosh who has put up a huge set at ND studios will roll the project on Friday.”

The requirement is of a huge set as it involves recreating Shaniwarwada, the erstwhile home of the Peshwas, and art director Nitin Desai is working with Gowariker for the purpose.

Arjun Kapoor, who is believed to have gone through through several ‘look’  tests is currently seen in his new avatar for the project. As the director has told the actor not to reveal his look, he is often seen hiding from the paparazzi brigade.

According to the reports not just he, but all the actors who will essay the role of Peshwas have apparently gone bald. Kriti Sanon will be essaying the role of Parvati Bai, Arjun Kapoor’s second wife in the film.

Kriti Sanon shared her excitement about the project with a tweet, where she also revealed that she’ll join the cast in the next few days. “Our #Panipat journey begins today. Super excited for this new chapter.. gonna join you guys in 2days.. lets do this! ?????? #PanipatShootBeginsToday”.