Actor Sushant Singh, General Secretary of the Cine and TV Artistes Association (CINTAA), is disturbed by the turn of events. 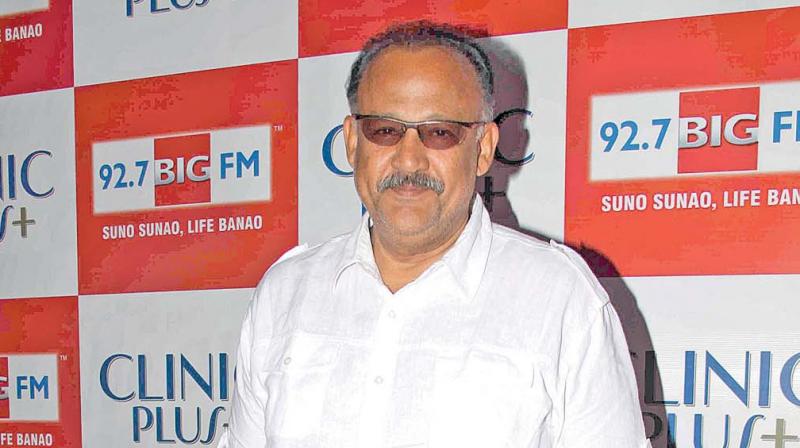 Alok Nath, who has been charged with rape and has had multiple women calling him out after writer Vinta Nanda, is back at the studios shooting. He is apparently completing the Ajay Devgn starrer De De Pyar De, and shows no sign of remorse.

Actor Sushant Singh, General Secretary of the Cine and TV Artistes Association (CINTAA), is disturbed by the turn of events. “We at CINTAA have been closely monitoring the activities of the victims and the alleged perpetrators. And it is disturbing to hear that Alok Nath has been shooting despite the allegations.”

Does it negate the efforts of CINTAA to curb and restrain alleged harassers? “It’s a slow process. Change of this nature cannot happen overnight. Men have been conditioned to think and address women in ways that were deemed acceptable for decades, but not so any more. It will take time for the change to show results. We are already seeing a less vitiated atmosphere on film sets. Men know it’s not okay to crack improper jokes with women or comment on their clothes, unless they are their buddies. I hear men say the days of harmless flirtation are over. Not so. It depends on with whom or where the flirting happens. And men alone can’t decide it is harmless.”

An alarming and unfortunate offshoot of the MeToo movement in the entertainment industry is the unspoken threat of less women being employed. Protests Sushant, “But that was the case even before MeToo. But yes, now it needs to be addressed more strongly. Why are women not represented in strong enough numbers in the employment register?”

Sighs Sushant states, “That is indeed tragic. We can only take the stand of boycotting them. It is up to the producers to actually implement a ban. It is a moral issue, not a legal one. Nana Patekar was sacked after one allegation. And if Alok Nath is working even after multiple allegations, then it is a sad turn of events. However, it doesn’t negate the work that we are doing in cleansing the work environment in the entertainment industry. Nor does it take away from the campaign so bravely taken forward by empowered victims, survivors and flag-bearers who have found the courage to speak about their trauma.”

Significantly, the relevance and definition of harassment has changed over the years. Explains Sushant, “Swara Bhasker was telling me about an incident that happened to her some years ago. When she thinks about it now, she realises it was sexual harassment. We know that men who are being called out anonymously are sometimes being victimised. This is an unfortunate offshoot of a very positive movement. It’s just something we’ve to bear with. For generations, we men have been unfair in our treatment of women. We have to take collective responsibility. If some of us are called out wrongly, then so be it. However, there is a filter to the process of identifying genuine grievances from motivated ones. Those like Alok Nath, Sajid Khan and MJ Akbar, who are called out repeatedly by alleged victims, are more likely to be guilty than those called out once, and that to anonymously.”