SLB was spotted at the Mumbai airport with the police in tow, as he had to fly to New Delhi, to appear before a 30-member panel. 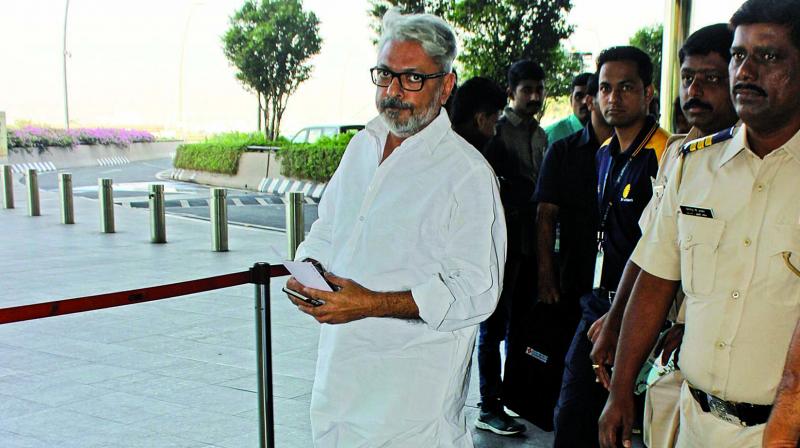 Even as Deepika Padukone has been making several public appearances, it was Bhansali who was manhandled and slapped by the Karni Sena, during the first schedule of Padmavati’s filming in Rajasthan.

“Since there’s a bounty on his head, one doesn’t know what anyone can do,” says a source close to the filmmaker. “Hence, Bhansali has been staying away from the limelight. Normally, one can see him roaming around in Versova, where he stays. He even carries his Ganesh idol by himself to immerse it, on foot. He did this year too. But in the event of this fatwa of sorts, he did not want to come out. He has also been accorded police protection, and it is much more than what Deepika has been given as well.”

SLB was spotted at the Mumbai airport with the police in tow, as he had to fly to New Delhi, to appear before a 30-member panel. This panel includes Central Board of Film Certification chief Prasoon Joshi, and Bhansali will apprise them about the situation and the film and its censor issues. Anurag Thakur heads the panel. It also includes actor MPs Paresh Rawal and Raj Babbar.

Sources also say that a major decision would be reached once the panel is apprised of the situation, and on accusations that Padmavati has tampered with history.