Entertainment   Bollywood  01 Dec 2016  The plot of SRK-Anushka's The Ring might be out and it's amazing!
Entertainment, Bollywood

The plot of SRK-Anushka's The Ring might be out and it's amazing!

It all started with Imtiaz Ali’s reported efforts at pulling a Karan Joharesque coup. 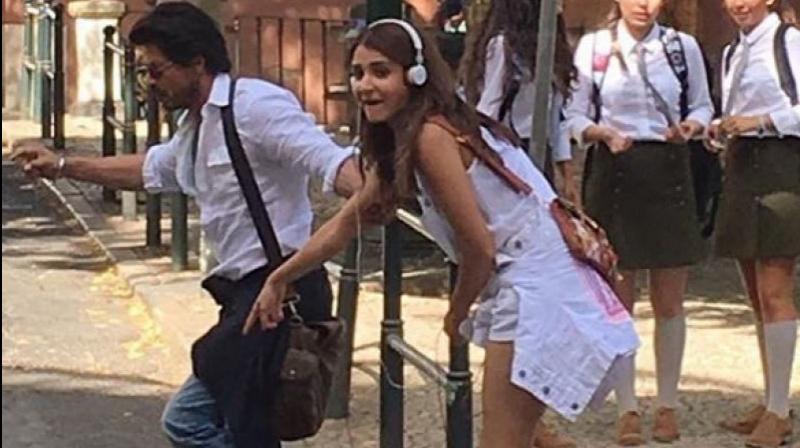 The film is all set to clash with Neeraj Pandey's 'Crack,' starring Akshay Kumar, on August 11, 2017.

Mumbai: If recent reports are anything to go by, the plot of Shah Rukh Khan and Anushka Sharma’s yet untitled next with Imtiaz Ali might just have been leaked.

It all started with Imtiaz Ali’s reported efforts at pulling a Karan Joharesque coup, by getting Ranbir Kapoor to play a cameo in the film. Karan had got SRK to play an acclaimed cameo in his recent box-office success, ‘Ae Dil Hai Mushkil’.

"There was a small role which Imtiaz wanted a strong actor to play. Between him and Ranbir, it is never an 'ask situation'. Imtiaz mentioned it to him and RK gave his nod. Ranbir can't say no to him,” Mid-Day quoted a source as saying.

The film reportedly traces the life of Anushka's character, who plays a free spirited tourist who falls in love with her guide while travelling with him across Europe, looking for her lost engagement ring. Our source adds that RK will play Anushka's fiancé in the film.

Well, that explains the working title, ‘The Ring’.

The source also added, "Imtiaz was mighty impressed with Anushka and Ranbir's chemistry in ‘Ae Dil Hai Mushkil’. He wanted a similar friendship and camaraderie to flow between Anushka's character and her fiancé's in the movie. Since Ranbir is busy shooting for ‘Jagga Jasoos,’ he is yet to shoot for the part but he has given his nod to Imtiaz. He intends to squeeze in time for this after he wraps up Jagga Jasoos and before he starts shooting for the Sanjay Dutt-biopic with Rajkumar Hirani that will need him to look the part – long hair and more muscular."

The film is all set to release on August 11, 2017, set to clash- yet again for an SRK film -with Neeraj Pandey's Akshay Kumar starrer  'Crack,' during the Independence Day weekend.