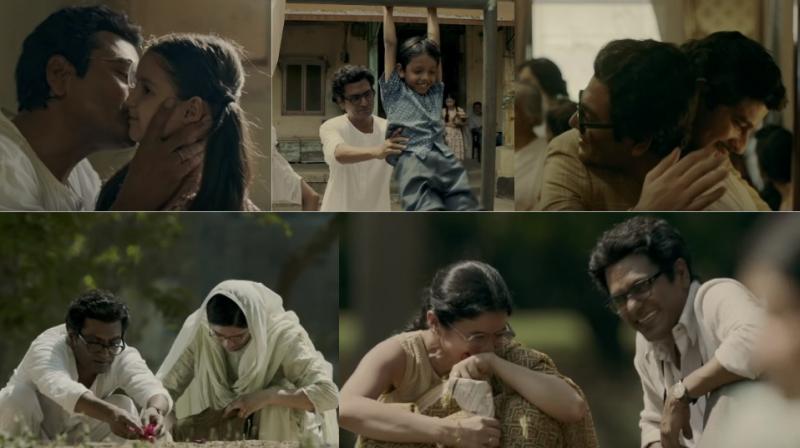 Mumbai: Hard-hitting would probably be the word that trailer of Nawazuddin Siddiqui’s ‘Manto’, directed by Nandita Das, would best be described as.

However, the first song from the film, ‘Nagri Nagri’ delves into some light-hearted moments that the writer shared with his close ones.

Like wondering how can someone feel ‘happy to meet’ after just first interaction, and asking his wife, played by Rasika Dugal, ‘Do you shave too?’ or the surprise when pushed while entering the Mumbai local train with actor-friend, played by Tahir Raj Bhasin, with whom he shares few more close moments, and also with his daughter, and finally boozing and smoking with friend, played by Shashank Arora, are shown.

‘Nagri Nagri’ is composed by Sneha Khanwalkar, of ‘Gangs of Wasseypur’ and ‘Khoobsurat’ fame, who proves once again with the foot-tapping music of Manto’s era, why she’s arguably the most popular female music composer in Bollywood.

Shankar Mahadevan’s vocals lift the song to altogether different level, though his easily recognisable voice is not quite so here.

The song also features some of the other actors who were not seen in the trailer like Ila Arun and Neeraj Kabi.

It’s not clear if this song would feature in the film and could be purely for promotional purpose only.

‘Manto’ hits the theatres on September 21.