This is not the first time that Shabana plays a mother coming to terms with her daughter’s sexuality. 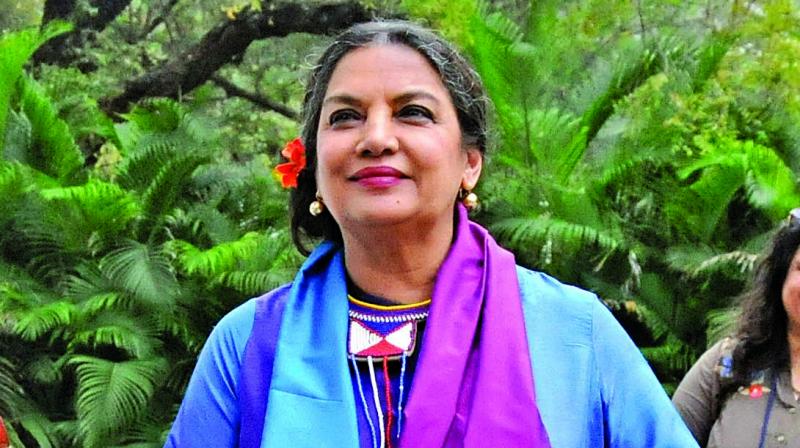 Veteran actress Shabana Azmi firmly believes in LGBTQ rights. In 1996, when the movement was in its infancy, Shabana dared to play a lesbian in Deepa Mehta’s Fire.

“Now, 23 years later, I’ve moved on,” says Shabana, “In Sheer Qorma, I play the mother of a daughter, played by Divya Dutta, who is in a same-sex marriage. Many years after the marriage, Divya’s character returns with her partner (played by Swara Bhasker) to get her mother’s approval. It is a fabulous role and a great concept. When the director Faraz Arif Ansari came to me with the offer, I was moved to tears. It is such a simple emotional story about acceptance.”

“It is very important for actors to do films that open up dark spaces in our society. Playing safe is not always a desirable thing to do. One has to step out of their comfort zones and explore subjects that may seem uncomfortable but must be addressed,” the actress opines.