Crazy allegation: Bollywood on a high!

An Akali Dal politico has accused Bollywood celebs of being high on drugs at filmmaker Karan Johar’s latest bash. 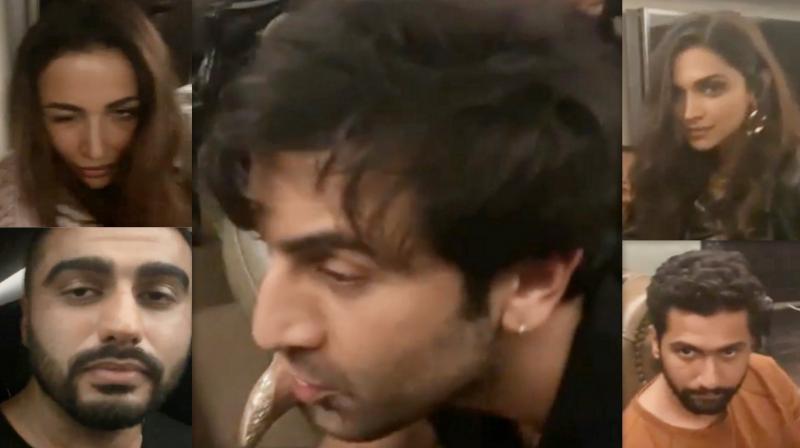 While all of us think of Karan Johar’s frequent parties as extended star-studded versions of his film Kabhi Khushi Kabhie Gham, an MLA from the Akali Dal has accused the invitees at Karan’s recent party of being high on drugs. The MLA’s tweet reads, “#UDTABollywood — Fiction Vs Reality. Watch how the high and mighty of Bollywood proudly flaunt their drugged state!!  I raise my voice against #DrugAbuse by these stars.”

However, one of Karan’s star invitees found the whole tweet very silly. “Drugs? At Karan’s parties? Come to think of it, I do remember taking a drug at his party. It was an aspirin that I had asked Karan for since I had a headache,” she says mockingly, adding, “Seriously, the image of us actors as drugged, drunken and debauched merrymakers is a little outdated and jaded. We all have a sense of social responsibility too.”

Another close friend of Karan calls out these “jealous elements” for trying to malign actors. “Yeah, we do have a few drinks at parties,” admits the friend, before asking, “So what? Does that make us sinful?”

Congree politicin Milind Deora hit out at the MLA saying, “My wife was also present that evening. Nobody was in a drugged state so stop spreading lies & defaming people you don’t know! I hope you will show the courage to tender an unconditional apology.”