After 'Lust Stories', get ready for 'Ghost Stories'; details inside

Netflix India made the announcement on Instagram by sharing a series of pictures featuring all the four directors. 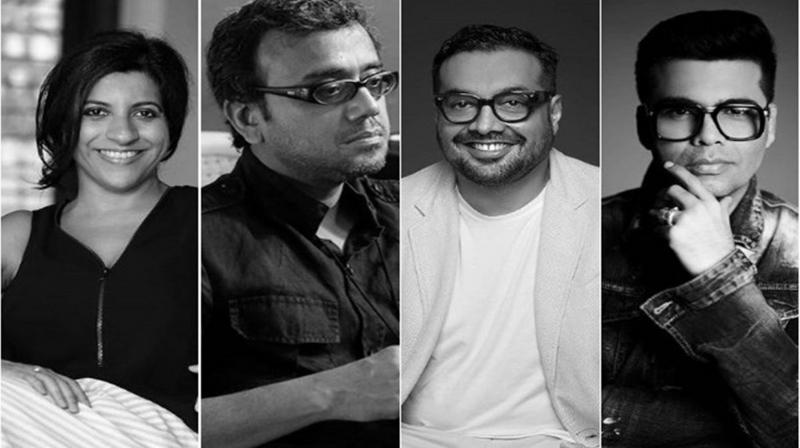 Netflix India made the announcement on Instagram by sharing a series of pictures featuring all the four directors. "They made you scream with Lust Stories. Now they're really going to make you scream with Ghost Stories, coming soon, only on Netflix," the caption read.

Are you screaming yet? You will be soon. #GhostStories, coming soon, only on Netflix.

KJo also took to his Twitter to share the news and wrote, "The squad's back together and ready to make you scream for your life! #GhostStories coming soon, only on Netflix."

Reportedly, the production of 'Ghost Stories' will begin in August. The stories, helmed by the directors, will be connected to each other and culminate in the end.

'Ghost Stories' is the third collaboration between the streaming platform and RSVP. Produced by Ronnie Screwvala and RSVP, the upcoming project will stream across nearly 190 countries.

Released on June 15, last year, their previous gig 'Lust Stories' is a collection of four short stories on love and lust, separately directed by Karan Johar, Anurag Kashyap, Zoya Akhtar, and Dibakar Banerjee, the film sheds light on modern relationships from the viewpoint of Indian women.