After Varun wrapped up the shoot of Street Dancer 3D, he made it a point to meet Karan who bankrolled the films. 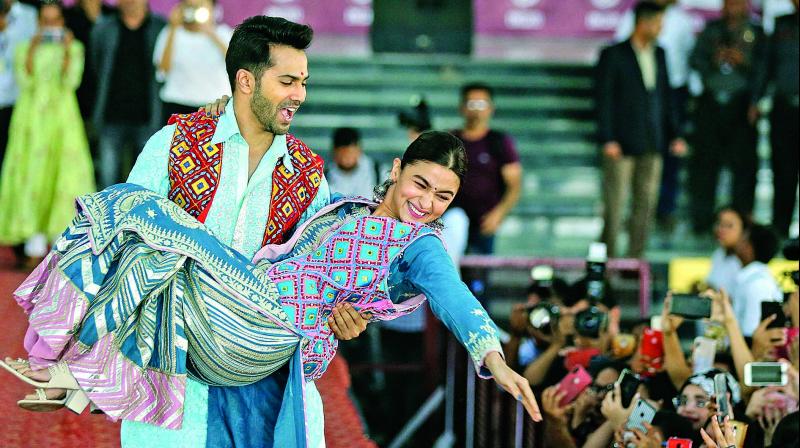 Shashank Khaitan had directed both the films, and we are told its time for the bride to be taken again.

Alia Bhatt and Varun Dhawan were paired together in two installments of the Dulhania series — Humpty Sharma Ki Dulhania as well as Badrinath Ki Dulhania — apart from their debut film Student Of the Year and the blot on their record — Kalank.

We are now told that they are keen to work on the third part of the Dulhania series. So after Varun Dhawan wrapped up the shoot of his film Street Dancer 3D, the unofficial third part of ABCD, he made it a point to meet up with producer Karan Johar, who had bankrolled the first two Dulhania films.

Shashank Khaitan had directed both the films, and we are told its time for the bride to be taken again. “There is some talk about a third part. But with the two meetings with KJo, the buzz has become stronger. Barring the odd blemish Kalank Varun and Alia make a fabulous pair on screen,” reveals a trade source.