The actress gets nostalgic talking about the role, as she says it was the most difficult role that she played on screen 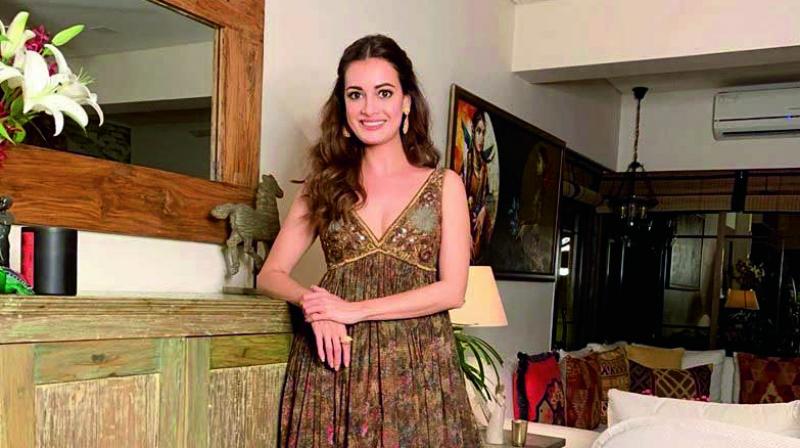 Although it was the first biopic that Dia associated with in her filmography, she was comfortable working with Hirani.

As Rajkummar Hirani’s Sanju, a biographical film based on actor Sanjay Dutt, completes two years this month, Dia Mirza, who played the part of his wife Maanyata Dutt hasn’t forgotten her role yet.

The actress gets nostalgic talking about the role, as she says it was the most difficult role that she played on screen.

“Putting oneself in another’s shoes is never easy, whether in real or reel life. A considerable amount of empathy and sensitivity is expected, and that is the one experience I can never forget,” says Dia, who reveals that the character helped her define the way forward for her career in the industry.

Although it was the first biopic that Dia associated with in her filmography, she was comfortable working with Hirani.

“Having worked with Raju Sir before, the comfort level was already established; this significantly helped me imbibe the character.
For me, it was an opportunity to empathise with everything she (Maanyata) had experienced in her real life, and I hope I did justice to the role,” says the Kaafir actress.

Having shared the screen before with Sanjay Dutt in Parineeta, Lage Raho Munnabhai, Shootout at Lokhandwala, Dus, and Dus Kahaniyaan, Dia feels that her role in Sanju brought things to a full circle.

“The entire experience at the time was surreal. Sanjay Sir was always wonderful to me through all our projects together. I owe him some of the most special films in my life and Sanju being one of them,” she shares in conclusion.