When asked if she ever had such a day when everything had gone wrong, she reveals that there have been a few of them. 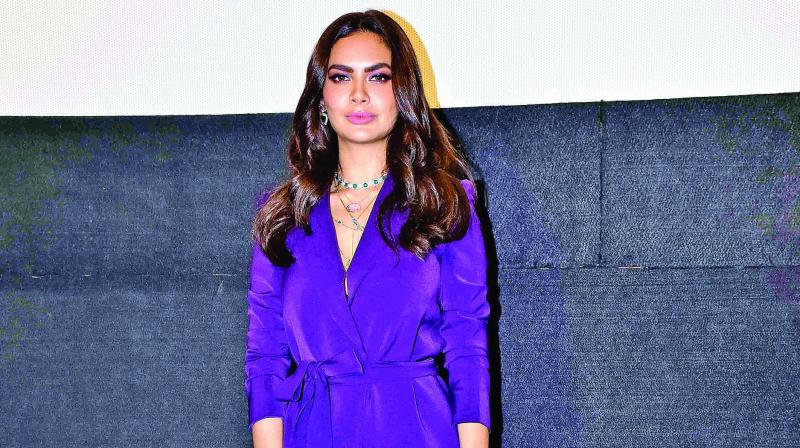 Esha Gupta, a model and winner of the Miss India International title in 2007, has established her career in Hindi filmdom after her moderately successful thriller Jannat 2.

Talking about her next, One Day Justice Delivered, directed by Ashok Nanda, she says, “Ashok narrated this story and I instantly got excited to do this film. I also spoke to Anupam Kherji after hearing the narration. This story deals with a common thing in everyone’s life. This movie showcases that one day in everyone’s life where they felt like everything has gone wrong. But every human being needs to deal with it.”

When asked if she ever had such a day when everything had gone wrong, she reveals that there have been a few of them. “For me, it was when my grandparents passed away. Also, when I came to know that my mom has cancer. And then, all three of my dogs passed away. These were all different days when I felt things have gone wrong. I think these are the worst and inevitable happenings that we all have to face,” she sighs.

However, the fashion icon says that she has always taken the harsh realities of life in her stride. Esha adds that this life lesson was enhanced through sports. “My father always taught me to respect everyone and taught me discipline. Coming from an Army and Air Force background, I have learned to love and respect everyone, irrespective of their caste and creed. With my love for sports, my feelings for equality, discipline and respect for others have all been taken to another level. While playing any sport, we represent ourselves only with a number on a jersey. No one knows which religion/caste we belong to, nor do they know whether one is rich or poor.”

Taking sports to a more personal level, Esha also owns a Basketball team named Hoop Heads. She explains that the whole idea of owning this team is to look for real talent. “Cricket is one sport which has been recognised. Meanwhile, other sports, especially basketball has not received its dues. We see so many boys and girls playing on the roads, so we have decided to bring forth their talents with basketball too. This spirit of promoting the real talent is really required in our country so that we can take them ahead in the sport that they excel in. There is a lot of talent.” she concludes.