Sanjay Dutt professes that his gangster inspiration comes from within. 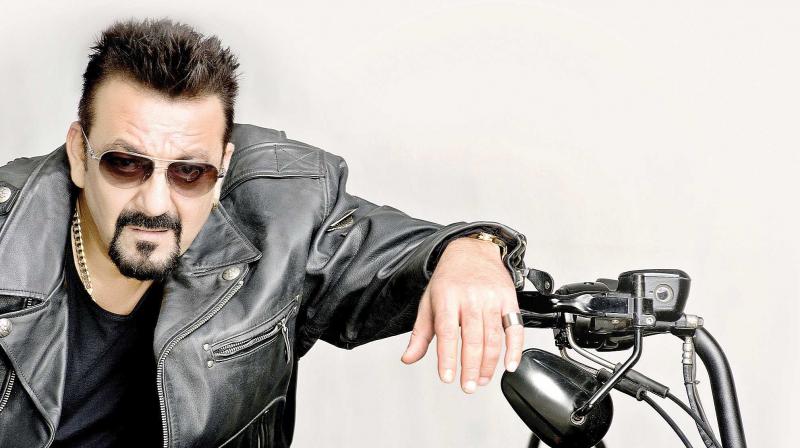 The trailer launch of Sanjay Dutt’s upcoming film, Saheb Biwi Aur Gangster was launched amid a lot of fanfare. The occasion was opportune, since it was held only a day after his celebrated biopic, Sanju which is the talk of B-town at the moment.

The film has witnessed a gigantic opening with 34.75 per cent sales on day one itself, despite it being a weekday.

Therefore, it is difficult not to ask the man of the moment how challenging it was to play a gangster. To which the actor promptly replied, “Mere ander gangster hai shayad? So I play this gangster’s role very well.”  The actor has been essaying dark characters right from his Vastaav days, and they have undeniably been some of his best roles on-screen.

The actor further adds, “Bus mein khandani hoon …to main ek khandani gangster hoon!” to diffuse the whispering in the room, which was soon converted to laughter.

Sanjay was also asked what was it like to share screen space with his dad in Munnabhai MBBS.

As shown in the movie Sanju, Sunil Dutt’s call time for Munna Bhai MBBS was earlier than Sanjay’s, who would come only come in by 11 am. To which Sunil Dutt would always ask people on set, “Hero nahi aya abhi tak?”

Sanjay laughs as he confirms,” Haan hero hamesha late hi ata tha! I have learned to be disciplined from dad. Also, I have learned so many other good things from dad.” he reminisces.

All said and done, Sanjay has a child-like smile on his face and he is also over his turbulent past, which may have brought his public image into a bad light. Needless to say, time heals all wounds and with age, Sanjay is certainly a changed man now.