The actor said this at the launch of Asha Parekh’s autobiography ‘The Hit Girl’ in New Delhi. 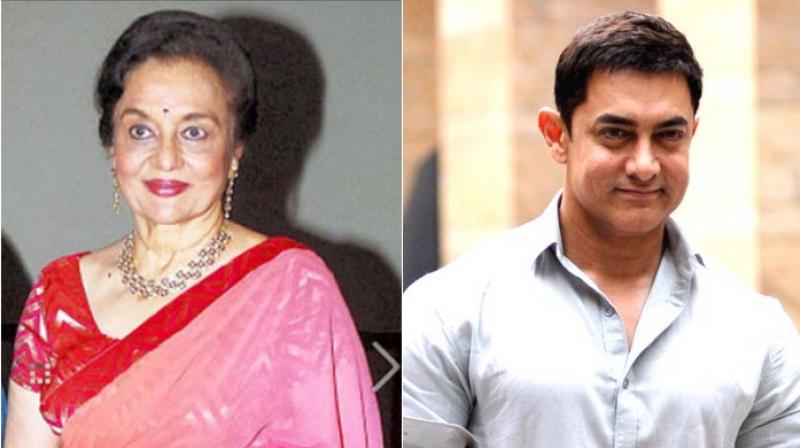 The actor said the yesteryear diva's journey in films and beyond can be a source of inspiration for budding talents.

The 52-year-old star said it is motivating that Parekh did not lose hope even after early rejections in her career.

"I think Asha aunty has had a prolific career and all of us really want to know more and more about her. When I met her the last time told me that she was offered 'Goonj Uthi Shehnai' and she shot for it for two days, but after that the director felt she was not the right choice and was removed from the film,” said Aamir.

He further added, "Any person would get crushed in such situation and actors are very fragile to get rejected like this. So, to come back from that and become one of the top actresses of her time is an amazing inspirational story for all newcomers. It teaches us early setbacks need not mean that you need to give up."

The ‘Dangal’ actor said that one of his biggest regrets has always been the lack of books written on Indian actors, and famous personalities, whose lives can be a source of learning.

"Thank you Asha aunty for opening yourself up because so many film personalities are a little hesitant to do it... I think it's important to share what you have done (autobiography) because it gives so many lessons to the people, who want to be in this field."