For the happy announcement, Amy shared a love-filled photo of herself and her beau with a dreamy sunset in the backdrop. 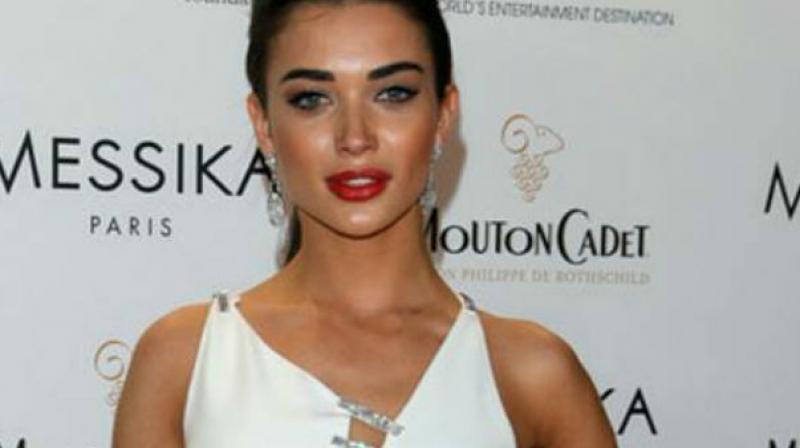 Mumbai: Model-actor Amy Jackson, who was last seen in Rajinikanth and Akshay Kumar starrer '2.0', revealed that she is expecting her first child with fiance George Panayiotou.

"I've been waiting to shout it from the rooftops, and today, being Mother's Day, it couldn't be a more perfect time...I already love you more than anything in this world, the purest most honest love. We can't wait to meet you our little Libra one," she wrote alongside an awe-struck picture of the duo.

I’ve been waiting to shout it from the roof tops, and today, being Mother’s Day, it couldn’t be a more perfect time... I already love you more than anything in this world, the purest most honest love. We can’t wait to meet you our little Libra one ❤️

For the happy announcement, the 27-year-old actor zeroed in on a love-filled photo of herself and her beau with a dreamy sunset in the backdrop. Amy can be seen flaunting her baby bump alongside George, who can be seen giving her a kiss on her forehead.

The post also reveals that the baby is due sometime in between mid-September to mid-October.

Actor-singer Sophie Chowdry was one of the first celebrities to congratulate Amy on the pregnancy announcement. She commented, "This is so beautiful! I'm thrilled for you guys, Loads of love darl," while Kriti Sanon also congratulated the couple and wrote, "This is so so beautiful, Congratulations to both of you! So happy for you, Amy!"

In January, Amy had announced her engagement in a similar cryptic manner on Instagram. Sharing a photo of George kissing her, Amy wrote, "YES A GAZILLION TIMES!!!!! 1st January 2019 - The start of our new adventure in life I love you. Thank you for making me the happiest girl in the world."

As per media reports, the couple is all set to tie the knot in Greece in 2020.

Amy made her acting debut with 2010 Tamil movie 'Madrasapattinam' and has featured in several Telugu and Kannada films. 'Ekk Deewana Tha', 'Singh Is Bliing', 'Freaky Ali' are some of the Bollywood movies she has starred in.

Amy was last seen in Rajinikanth's robot drama '2.0', co-starring Akshay Kumar, with whom she has shared screen space in 'Singh Is Bliing'.