The Baadshah was left star-struck when he met Hollywood filmmaker Christopher Nolan. 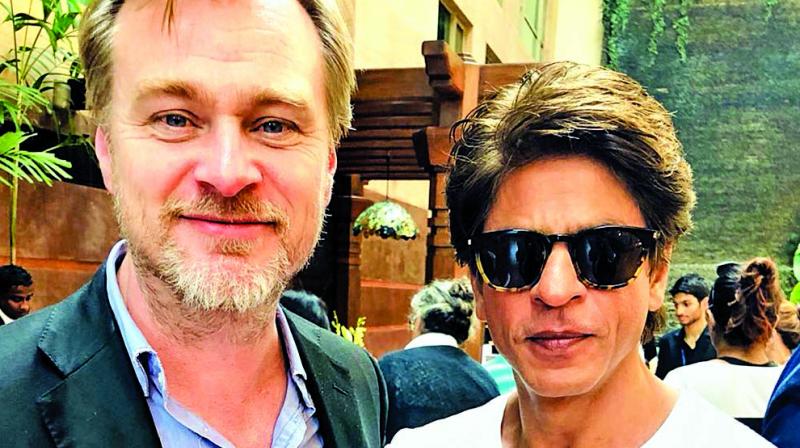 An internationally celebrated actor, Shah Rukh Khan has a massive fan following worldwide—fans who surpass borders. The actor, with his following of millions, had his very own fan boy moment when he met Hollywood filmmaker Christopher Nolan.

Christopher, who has made films like Inception, Interstellar, and Dunkirk, is in India for a three-day trip with his wife and kids. SRK posted a picture with the Hollywood filmmaker on social media.

SRK took to the microblogging site Twitter and wrote, “My fan boy moment. Inspiring to hear Mr. Nolan & Ms. Tacita Dean talk of the virtues of celluloid as an artist's medium. Thanks @shividungarpur for having me over (sic).”

Nolan is in India to talk about the future of cinema. Apart from SRK, South actor Kamal Haasan also met the director.

Kamal tweeted, “Met Mr.Christopher Nolan. Apologised for seeing ‘Dunkirk’ in the digital format and in return I am sending ‘Hey Ram’ in digital format for him to see (sic).”