The Malaysian PM described the meeting with the veteran actor as “warm and friendly”. 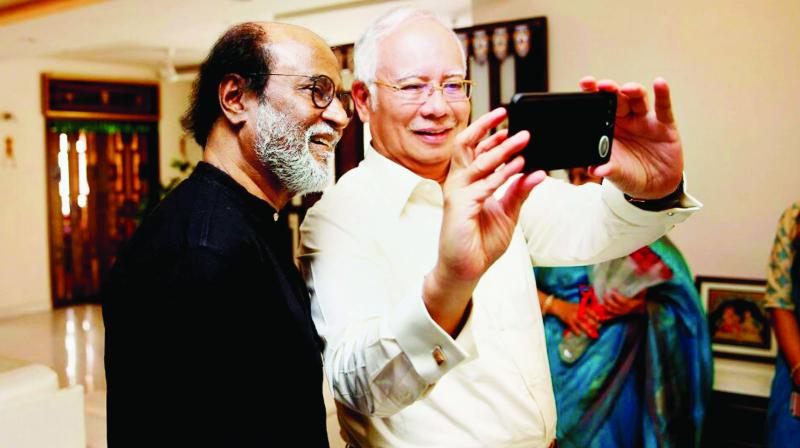 During their hour long “informal” meeting, they discussed among other things his film Kabali, a large part of which was shot in Malaysia.

“It was a goodwill visit and I had invited them to my house. I am thankful he accepted my invitation and joined me for tea. I could not meet the Malaysian Prime Minister during my shooting in that country as he was busy and had other engagements,” Rajinikanth told reporters after his meeting with Mr Razak.

He said the Malaysian authorities had cooperated a great deal during the shooting of his film Kabali and that Mr Razak and his family members were also shown some clips from the film during the meeting.

Rajinkanth said he spent nearly two months in Malaysia for the shoot. To a question on whether he was being made the tourism ambassador for Malaysia, Rajinkanth said it was not true.

Mr Razak’s wife Rosmah Mansor and other members of the delegation were also present during the meeting. The Malaysian PM described the meeting with the veteran actor as “warm and friendly”.

“Just had a very warm n friendly meeting with Mr Rajnikanth the Tamil superstar at his home (sic),” he wrote on Twitter.

“Who doesn’t know @superstarrajini ? Happy to meet the superstar in person today,” he tweeted.