Entertainment   Bollywood  01 Apr 2017  Kapil Sharma gets Raju Shrivastava on board for his show
Entertainment, Bollywood

Kapil Sharma gets Raju Shrivastava on board for his show

Raju Shrivastava is also trying to patch things up between Kapil Sharma and Sunil Grover. 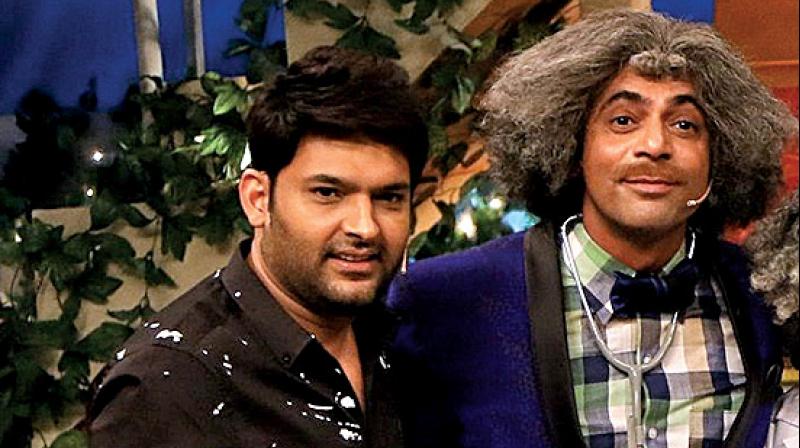 Kapil Sharma and Sunil Grover on the sets of the show.

Stand-up comedian Raju Shrivastava has hopped on the bandwagon to replace Sunil Grover on The Kapil Sharma Show. Raju sighs, “I don’t like it when people say I’ve replaced Sunil. I don’t think any of us can replace one another. We all have our place. Sunil is an old friend, and so is Kapil. I was hoping to bring about a reconciliation between the two. I did call up Sunil a number of times. He said he was out of town, and would get back to me as soon as he returned.”

Raju does feel that the incident that happened mid-air leaves a bitter taste in the mouth. “When people hear about their favourite comic actor getting drunk, misbehaving… the wrong signal is sent out. People lose faith in the power of comedy.”

The seasoned comic feels that a show like Kapil’s should not be trifled with. “When a comedian or a comedy show does well, the entire comic fraternity benefits.”

Raju feels that the happenings in the world of comedy have a snowballing effect. “It’s like we’re all connected,” he says. “All I wanted to do was bring about a patch up between Kapil and Sunil. Now I find myself in the show. I can’t say what will happen in the future.”

So far, Raju has recorded for three episodes of the show. “And it’s been a lot of fun,” he informs us. “Kapil has always been warm and polite with me. Whatever happened should not have happened. I believe there were two other similar incidents previously. Iss baar thoda zyada ho gaya.” He admits it’s a precarious situation. “Sunil and others are not coming to the show. Even Sidhuji is finding it hard to maintain his schedules on the show. But we’ll manage,” he signs off.