Need for intimacy watchdog on set? 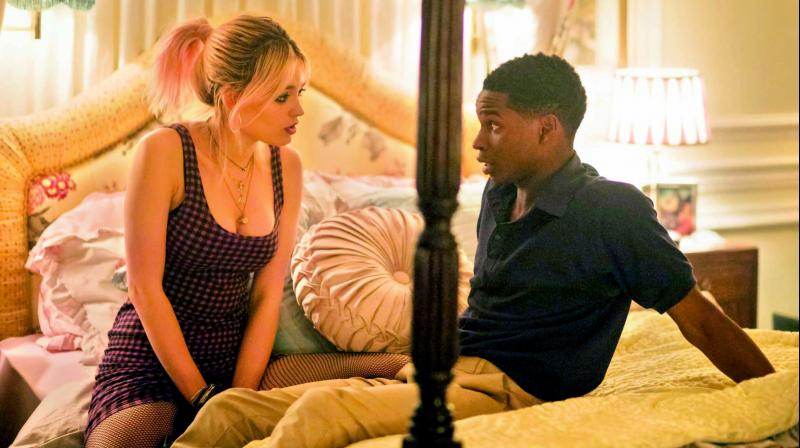 A still from Sex Education

Film industries are hiring ‘intimacy directors’ to protect actors from harassment while shooting intimate scenes, but the relatively new concept is yet to take hold here.

Netflix’s latest web-series that garnered quite the applause for being sex-positive was their teen-drama, Sex Education. However, the cast was lauded for not just the end result, but also for how they went about the shooting. One of the first production teams that hired an intimacy director, Ita O’Brien, the team practiced much-needed caution while shooting intimate scenes with the young actors.

In the wake of the #MeToo allegations across film industries, one can also notice the number of instances of harassment that have occurred on-set during shooting such scenes. The Indian film industry has moved on from dialogues of Raj Kapoor like “Kya aap mere lalla ki maa banogi (will you be the mother of my child)?” to actually portraying what may happen between two consenting adults in the bedroom, but at what costs? Do Indian films need intimacy directors to supervise the scenes that we have long fought to put on-screen?

Actor Bidita Bag had done multiple intimate scenes with actor Nawazuddin Siddiqui in Babumoshai Bandookbaaz. The film was also in the news because actor Chitrangada Singh had walked out of the film after complaining that the director Kushan Nandy was making her uncomfortable.

“I feel we should have an intimacy director. At times the choreographers play that role on the sets but that is not his area of understanding. Even the director (Kushan) was shy because Chitrangada had walked out of the film and he was hesitant to tell me anything. I was comfortable because Nawazuddin made it very easy and professional. Sometimes the scenes don’t go well in one take and we have to do a lot of takes. In that case, it becomes an embarrassing situation for everyone on the sets because there are spot boys and technicians. An intimacy director, will at least explain things properly,” says the actress.

Director of critically acclaimed films like My Brother Nikhil and I am, Onir says, “Instead of recruiting more people, I think the director should know things best because the same problem can happen with the intimacy director as well. What has happened after #MeToo is that a lot of people are aware and counseling is done. Every set should have a person where people can go and complain. There should be someone from outside to whom actors can go and complain without fearing anything.”

Ajay Bhupathi who directed the Telugu film RX 100, which had quite the steamy scenes, is of the opinion, “Whether a director can shoot intimate scenes and whether he can be able to communicate the same with the actors at ease depends on his upbringing. I come from a town where sex education was on the rise, so I never had any problem in communicating with the actress. The director can communicate only 50% of his thoughts and the rest s up to the actors to enact. But if a director is not good or comfortable enough to communicate about the intimate scenes, then he has to get the message through his associates. But do you think a country with a population of 120 crores needs a dedicated intimate team?”

Film critic Omar Qureshi resonates with a similar idea. “If one wants a policeman on the set to supervise the scene, sure, an intimacy director makes sense. However, the actors and the directors have to work in tandem.”

Actress Taapsee Pannu, who recently starred in the critically acclaimed film Manmarziyaan shot quite a few intimate scenes. She says, “I don’t judge a script on the basis of intimacy. I judge a script based on the script. So if I feel being intimate is an important aspect of storytelling and that script, in particular, I will consider it but if for any reason I feel it’s not worth doing it, I won’t.”
— With inputs by Yashika Mathur and Sashidhar Adivi