With the onset of 2018 only few movies making it big at the box office, there is a lot more to look forward. 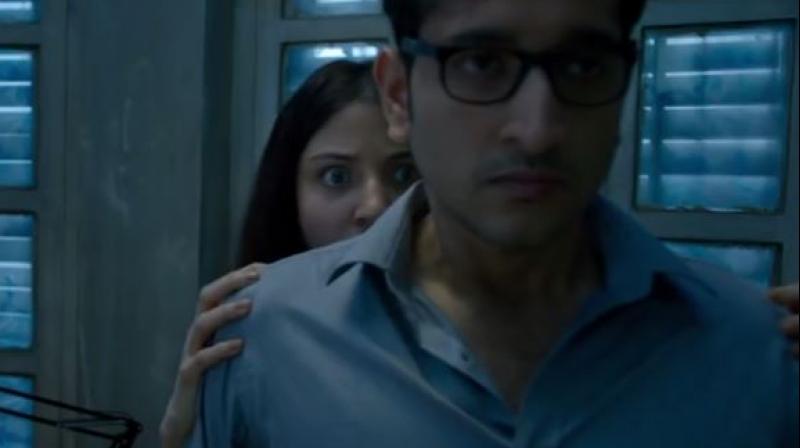 A screenshot of Anushka Sharma and Parambrata Chatterjee from 'Pari' trailer.

After Padmaavat and PadMan, it is the small-budget rom-com Sonu Ke Titu Ki Sweety that has done well enough for the film trade in 2018. In fact, it has been one of the most profitable years in Bollywood.

And things can only get better with Pari and Veerey Ki Wedding carrying excellent pre-release reports.

Pari being Anushka Sharma’s first release after marriage seems to be special. The film’s co-producer Prernaa Arora says, “Pari is not like the usual horror films in India with creaking doors, ear-shattering background score and crashing chandeliers. This is a totally different take on the spooky theme. The horror is so organically introduced into everyday life that audiences will be stunned.”

Prernaa says audiences will get to see Anushka like never before. “She has played a funny ghost before  (in Phillauri). In Pari she is something else. I don’t think any actress in the world has played this kind of a chilling character.”

Friday’s next offer, director Ashu Trikha’s Veerey Ki Wedding where Pulkit Samrat takes on Kriti Kharbanda in a mating-game to the finish. Both Pulkit and Kriti had a hit each in 2017 in the same genre. Pulkit’s Fukrey Returns fared well, while Kriti scored with Shaadi Mein Zaroor Aana.

Ashu says, “All my films have had a complex plot to narrate. Here, simplicity of the plot had to be maintained. I believe simplicity is the most complex feature to achieve.”

Isn’t there a surfeit of small-town romances? Ashu clarifies, “This is not a small-town film, it is a Delhi shaadi. And the families are really rich. There is style and pomp, big houses and luxury cars. They are the typically rich Delhi families. The basic bone of contention is that the hero gets into a physical scuffle. And the girl’s father doesn’t like the idea of getting a son-in-law who can get into a brawl, which I think is very practical. Even we wouldn’t want our sons going out fighting on the streets. But he does it for a reason. And it is often for the good of another! Well, it’s a quirk he has.”

And while we call 2018 to be a good year for movies, the director has his fingers crossed, hoping the movie to be a hit. “I hope the movie turns out to be good for my producers as well,” he smiles.