On the Master, and his galaxy of stars

Aruna Vasudev
The writer is an eminent film critic and historian, author and maker of documentaries, a member of several international festival juries and one of the top scholars of Asian cinema.

Many of the actors and actresses in Satyajit Ray’s Bengali films went on to become nationally recognised stars in Hindi cinema. 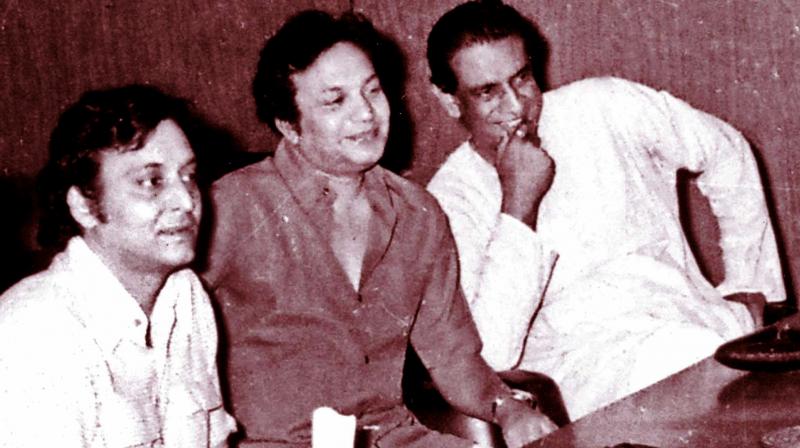 So many books have been written on Satyajit Ray — including one he wrote himself and one by his wife, the late Bijoya Ray. All the books about Ray talk about his films, and a little about his life. Now an unusual one has been written about the actors and actresses who played the roles of heroes and heroines in his films. Looking at his cinema through the actors who appeared in the films and portrayed the characters he created or adopted offer another insight into the manner in which Ray approached cinema.

Satyajit Ray’s Heroes and Heroines, by Amitava Nag, makes interesting reading, looking at the great director’s films through the actors and actresses who portrayed the characters he created. It sheds another light on Satyajit Ray’s approach to filmmaking; it was not only the story or the theme, it was his choice of the actor and actress who interpreted the role, and the manner in which it was done. And to their rise in the film world as a result of their association with him.

As Amitava Nag writes about Uttam Kumar and how he “kicked off a crescendo of great acting with Satyajit Ray’s Nayak ....”  He went on to quote Satyajit Ray: “I must say that working with Uttam turned out to be one of the most pleasant experiences of my filmmaking career... He constantly surprised me and delighted me with unexpected little details of action and behaviour... which were always in character and always enhanced a scene”.  However, he only acted in three films by Satyajit Ray — with Nayak as the most well-known — but a vast number of other Bengali films, recognising him, as Amitava Nag puts it, “as one of India’s finest actors of all time”. 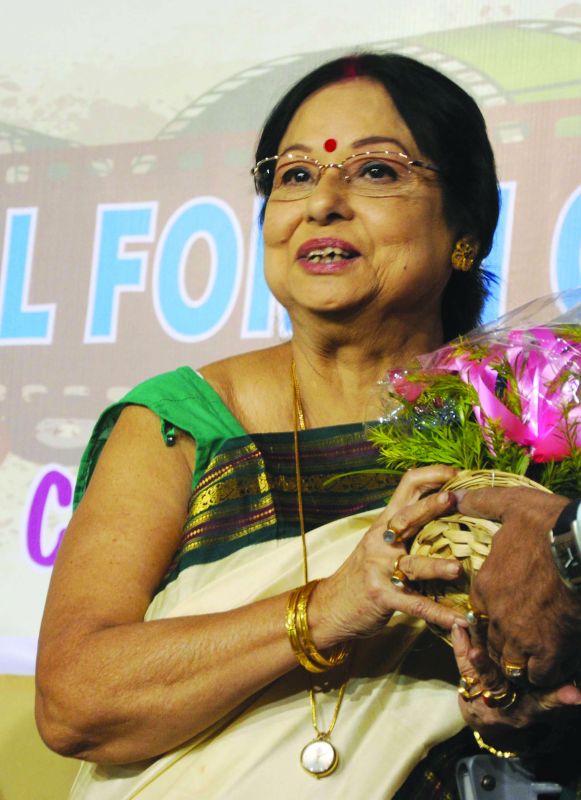 Many of the actors and actresses in Satyajit Ray’s Bengali films went on to become nationally recognised stars in Hindi cinema, but Soutmita Chatterjee never moved out of Bengali cinema. He remained a regional actor throughout his life, and yet became recognised internationally because of Satyajit Ray. “His film The World of Apu (Apur Sansar) made it to the lists of the 100 greatest movies of all time prepared by different organisations at different points of time”, writes Amitava Nag. Satyajit Ray himself paid tribute to Soumitra Chatterjee, considered his favourite actor, saying “...of my 27 films Soumitra features in the main roles in 14... This itself will prove what trust I have in him and how I value him as an actor. I do know that to the last day of my artist’s life, my dependence on him will remain intact.”

Soumitra Chatterjee never ventured into Hindi cinema — unlike Sharmila Tagore who was in her early teens when she first acted in Apur Sansar. Since she acted in a film at such a young age, she had to leave her school because, she writes, “the principal of my Bengal-medium school felt that having a filmstar among her students would be scandalous”. She was transferred to another school away from Calcutta after Apur Sansar which, writes Amitava Nag, helped broaden her horizon, and she appeared again in Satyjit Ray’s Devi, again with Soumitra Chatterjee. She had arrived as an actress and went on to become one of the major stars of Hindi cinema after her move to Bombay. 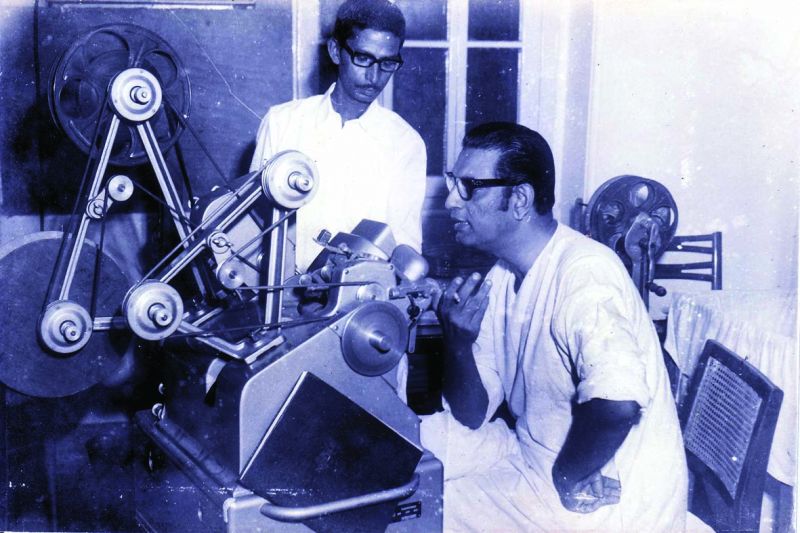 Unlike Madhabi Mukherjee, who arrived on the screen in Mrinal Sen’s Baishey Shravan in 1960 and went on to act in three of Ray’s films — Mahanagar, Charulata and Kapurush. She said: “I worked with Mr Ray in a very relaxed mood. From him I understood that playing a part well comes from feeling a character... Looking at his eyes I knew whether I had the right expression or not. He gave me the incentive to do my best...”.

The book talks about the many actors and actresses who played major and minor roles in the films, with a chapter each devoted to a number of actors. Among the actresses a chapter each is devoted only to Madhabi Mukherjee and Sharmila Tagore. Aparna Sen is mentioned, as indeed are a number of others, including Smita Patil, Waheeda Rahman, and several other actresses from principally Bengali cinema, but in passing, as it were. It does bring to the forefront a number of Bengali actors and actresses unfamiliar to non-Bengali speaking audiences. But because they were in Satyajit Ray’s films, which were shown outside Bengal with mainly English sub-titles, and were recognised across the world, they made a mark in India as well.

With our many languages — and now our many dialects in which films are also being made — the subtitled films remain confined to special screenings in few cinemas across the country. But their recognition in international film festivals creates a deep interest in India as well. Satyajit Ray, of course, is a legend having garnered the highest awards in the international film world. And because of him many actors and actresses have also won international film acclaim. But very little has been written about this, and that is what makes Amitava Nag’s book special. He even writes about non-Bengali actors and actresses who appeared in some of Ray’s films — Smita Patil, Waheeda Rehman, Naseeruddin Shah, Saeed Jaffrey, to name just a few — and it also looks at some of the children’s films that Ray directed — and even wrote.

Satyajit Ray’s Heroes and Heroines makes interesting reading for those seriously interested in cinema. Much has been written about Ray in India and across the world, but this book is different as the author talks about the actors and actresses he brought into them and the manner in which he worked with them.

What is missing for readers of the book is an index at the end. It would have been helpful.